A Local Man Falls Victim to a Romance Scheme 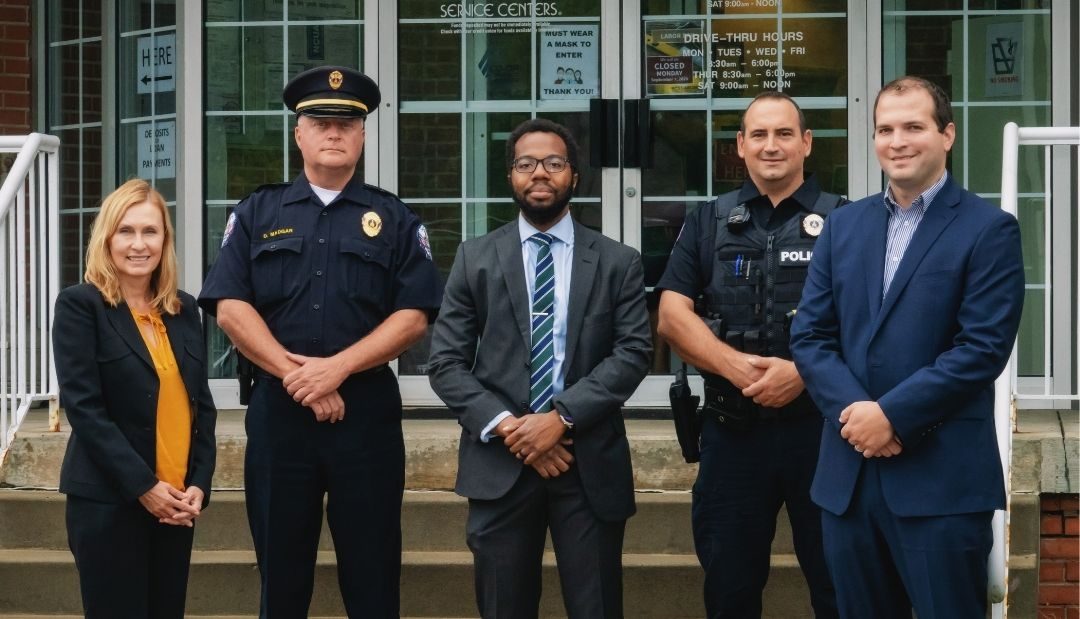 From the Police Department

“Larry” agreed to allow us to share his story in the hopes it can help prevent this from happening to somebody else. Larry is a disabled veteran who is currently unemployed. Larry frequents social media to stay connected with friends and family. One day he received a message on Facebook saying “Hello, I am interested in getting to know you” along with a friend request from Mariam from Missouri. She represented herself with an attractive photo of a woman standing on a balcony. She claimed she was an unemployed artist and came across his Facebook page and decided to pursue him since they were both single.

After exchanging a few messages on Facebook, they took their communication off of Facebook and switched to texting. They began a long distance friendship/romance which lasted three years. He shared a lot of his personal information with Mariam, including his birthday and his military service experience. He developed feelings for her as she always told him that she loved him during the texting.

Shortly after they began communicating, Mariam told Larry she had fallen upon hard financial times. She told him she needed money for food and sent him a photo of an empty refrigerator. At first, he told her he couldn’t help, but then felt bad for her. He eventually purchased a $25 gift card per her suggestion. She asked him to scratch the numbers off the back of the gift card and photograph the numbers and send the picture to her via text. This occurred on numerous occasions and she would ask him to purchase more gift cards, but he could only afford the $25 card each time.

One day Mariam told Larry she had a flat tire and sent him a photo of the flat tire and requested funds. He said it seemed to be one thing after another where she needed financial assistance. He continued to help her financially by purchasing gift cards.

Mariam told Larry her brother was serving in the military in Nigeria and needed some money. Larry wanted to help, so per her instruction he attempted to send cash via Money Gram at Walmart. The Walmart customer service representative told him this cash couldn’t be sent because it appeared suspicious because it was going to a country known for terrorism. This got Larry really upset and he returned to his car and texted Mariam that he didn’t want to be involved in something that could get him in trouble. She reassured him that everything was fine and not to worry as it was a big misunderstanding.

Eventually, Mariam asked Larry about his personal bank account information so she could deposit money for a business. Larry provided his bank routing and account numbers to her as he wanted to help her. Mariam used Larry’s personal information to obtain a fraudulent loan and had the funds deposited. After the funds were deposited into his account, Mariam instructed him to send cash via Express Mail to addresses in Florida and North Carolina, where her Uncle and another family member could get the funds to her brother serving in the military in Nigeria.

That’s when the Beaver Police Detective and U.S. Postal Inspectors were alerted and worked together to intercept the mailing so they could return it to Larry. His bank not only held him liable for the fraudulent loan deposited into his account but also for the funds he withdrew. Further, it was advised that Larry obtain a credit report since he shared his personal identifiers and banking information with the scammer.

It’s often too late when law enforcement and the banks are alerted to fraudulent activities of scammers. Not only are the victims left broke, but they are heart broken when they find out their love was most likely a stranger sitting in another country scamming them. They realize their whole relationship was a lie.

Nigeria is often home to “romance scammers,” who find victims on dating sites or social media. They create profiles of themselves using stolen photos of attractive people, which is a practice called catfishing. The scammers convince victims they have found true love – then start asking for money for plane fare, medical bills, groceries and other emergency situations.

Take Larry’s advice, “Keep your personal information private and be cautious about sending people money.” He said, “Keep your money and credit cards safe and don’t provide this to anyone. Once you send money it’s hard to get back when it’s gone. Be cautious when meeting people online.” • From there, proceed slowly and look for inconsistencies in the other person’s profile.

• First, with any internet-based relationship, keep your personal details to yourself until you meet face to face. • The online profile suddenly disappears from the dating site.
• Next, do a quick Google search of the other person’s name and the town they claim to be living in.
• Indications that someone may not be who they say they are:
• Their name and the name embedded in their email address does not match.
• Obvious spelling and grammar errors.
• They pledge their love too quickly.
• They ask you to send or to receive packages on someone else’s behalf.
• They need money right away due to a medical emergency, or they need a visa or air tickets.
• A business opportunity arose that was too good to turn down. Can you wire a loan?

WHAT TO DO NEXT

• As difficult as it may be, cease all communication.
• Block attempts to resume contact via email, text or phone. Above all, resist the temptation to physically locate and confront the person you’ve been corresponding with. Turn over everything, including copies of correspondence to law enforcement and let them pursue it.
• If you met on a dating site, contact the site administrator, and let them know.
• If you met on social media, lock down your account.
• If possible, change your phone number and make it non-public.