A Promise to Remember, But Also to Never Forget 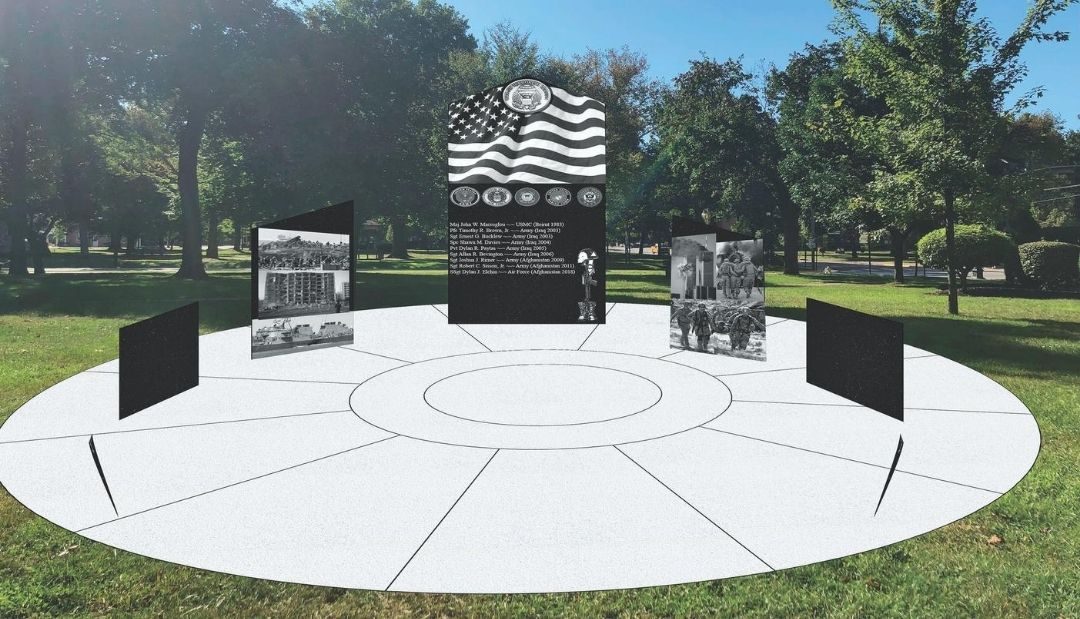 Submitted by SMSgt. Jessica Davis, Footsteps of the Fallen: Fight for Freedom – Beruit and Beyond Chair

Roughly a year and a half ago, I was approached about heading up a new memorial in Beaver County. Not just any memorial, but a memorial for those who paid the ultimate sacrifice and gave their life defending our freedom fighting for our country. This memorial would be for the more recent conflicts and wars. There is currently no memorial for the War on Terrorism (Iraq and Afghanistan) but there is also no memorial for those who served before then but after Vietnam. We wanted to make sure that everyone was remembered, not just those who served since September 11, 2001, but for everyone from after Vietnam until present day. This memorial will honor the ultimate sacrifice of our nine fallen members, since the bombing of the Beirut barracks on October 23, 1983, through the current war in Afghanistan. This memorial is for all of those, from the Beirut bombing, the Khobar towers bombing, the USS Cole bombing, September 11, 2001, and all that has ensued since. It will be a place for those who have lost loved ones, friends, or a perhaps a small part of themselves, to go, honor, and remember. It is a promise to remember, but also to never forget.

The community decided on the name of the memorial. It was sent out for input, tailored down to two, and one of our Gold Star family members made the final decision (the date will be filled in when we leave Afghanistan).

While there are currently only nine names and we hope that we do not have to add more, there is room being left on the memorial should we have to add more names down the road.

It will be located in Quay Park in Beaver between the Vietnam Veterans memorial and the Korean War memorial. The memorial will be done completely in granite. The base will be light gray to match both the Vietnam and Korean memorials and tie the three memorials together and the seven tablets will be done in black granite. Three sidewalks will act to connect these memorials; one going towards the Korean War memorial, one towards the main sidewalk by Third St, and one towards the Vietnam memorial. These sidewalks will be done in memorial bricks. This will be completed from one of the fundraisers done in the future. They will be in memory or honor of a service member or loved one.

Fundraisers are currently in the works but in the meantime, here is how you can donate if you would like to help:

Cash, check, or money orders can be sent to:
Footsteps of the Fallen
c/o Jessica Davis
P.O. Box 589
Koppel, PA 16136
(Make check or money order payable to VVA Chapter 862 and write MEMORIAL in the memo section)

If you need a W-9 for tax purposes, please let me know.

We would like to thank everyone that has donated so far. We have raised roughly $10,000 of the $250,000 it is going to cost to build the memorial. In addition, a huge thank you goes out to Beaver Borough for the property on where the memorial will be located.