An Interview with All-Star John Burkett 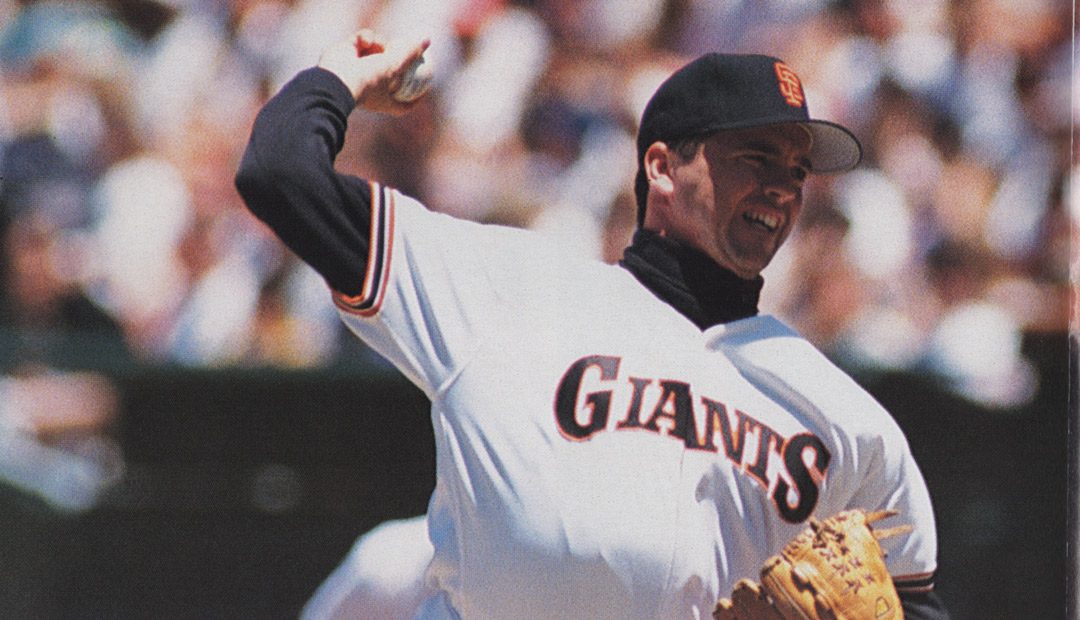 The Beaver area has a special connection with baseball that began in the early 1900’s when its first semi-professional team was formed. (Read the story of Beaver’s first baseball team here.) Our community’s love for the sport has transcended over a century, and it culminated most recently with the support the Beaver Bobcats received this past summer when the high school baseball team went on to win the WPIAL Championship.

Several individuals from the area have gone on to play at the professional level with the Major League Baseball as well. We had the opportunity to interview one of those players, John Burkett, who pitched from 1987 to 2003 with teams including the San Francisco Giants, Florida Marlins, Texas Rangers, Atlanta Braves and the Boston Red Sox. He retired with a 166-136 record. Since his retirement, Burkett has become a professional bowler with the PBA50.

What is your first memory of becoming interested in baseball?

I’ve been interested since I was little. One of the good things about my childhood was the neighborhood I grew up in in Brighton Township. The neighborhood was kind of private. It was a circle of 65 homes and there were a lot of kids my age. I can’t even remember when I started liking baseball because we played all variations as kids. I learned how to catch, hit, and pitch that way, and we picked up sandlot games.

I took up bowling at the same age in the winter time. My dad did it, so I got into it. I grew up bowling in junior leagues when I was around 8 years old at Beaver Valley Bowl in Rochester. When I was 13, I got a job as a pinboy at Duck Pin Bowling. I made 10 cents per bowler per game. The bowling alley was sold and turned into ten pins. I begged them for a job and said if I could bowl for free, I’d work for free. It allowed me to practice and work on my game.

Absolutely, I was a Pittsburgh Pirates fan. I remember them winning the 71’ and 79’ World Series. It was an exciting time to be a Pirates fan when they won again. I remember going down to the basement to watch the game by myself because I couldn’t stand people talking during the game.

Did you have any favorite teams or players?

For baseball, Willie Stargell. For bowling, my favorite was Mark Roth. He kind of changed the sport at the time. There weren’t a lot of people who were hooking the ball, and he changed it and made it more exciting because he put a lot of revolutions on the ball. I wanted to learn to do the same thing.

Do you remember when you saw your first major-league baseball game?

My dad used to take me to Three Rivers Stadium when I was young. It was so cool when I pitched for the first time in Pittsburgh. I won my first game in Three Rivers Stadium, in front of my family and friends. It was one of the highlights of my life. You always have those dreams and you don’t think it’s going to happen.

How did you progress in baseball in school?

I started playing when I went to Beaver High School. I was on the JV team as a freshman, which was cool. Scouts started to come watch me play my junior year. I’d show up at the game and there’d be 20 old men in their lawn chairs with radar guns. We had another pitcher, Doug Piatt. He and I pitched every other game. He went on to pitch for the Montreal Expos, but we never played against each other.

Do you have any advice for little leaguers or aspiring High School ball players?

It’s all about hard work, practicing, and obsession. You just have to have a passion from the beginning. My parents had to call me in for dinner, otherwise I wouldn’t have come in until it was dark.

What was the process like that led to your signing?

I was drafted in the 6th round by the Giants. The scout, Bob Fulkins, came to my house. My coach, Ed Snitger, and my parents were there and they negotiated on my behalf.

What minor league affiliate did you get assigned to when you were drafted?

I went to Great Falls, Montana – the second year I went to Clinton, Iowa. I have lots of memories from that time! I met people from different parts of the country who were brought up in different ways. I played all over the place. My very first road trip was to Canada on a school bus. We went to Calgary, Edmonton, Medicine Hat, and then California.

Can you tell us about how you found out you were getting called up to the big leagues?

I was in Edmonton, Canada in April pitching. I was scheduled to pitch the next day. The other 4 days of the week, I charted the game for the other pitchers. That day I was doing the game chart and it was snowing, and it was my seventh year. I just kept asking myself, “What am I doing here? I have to pitch tomorrow and it’s going to be 35 degrees and snowing.” That’s when I got called into the Manager’s office. I thought I was going to be released or traded, but I got the offer. I think I broke down and started crying.

I basically got called up to pitch one or two games because the Giants’ pitcher suffered from an injury. Then, I won both games, so they kept me. I went from snow in Edmonton to pitching in California.

What was it like when you pitched your 1st professional major league game for the San Francisco Giants?

On the airplane, I remember looking out the window and I was nervous. I couldn’t believe it was happening. There was a strike at the time and five games had been canceled, so this game was a one day, one game in LA. I knew if I didn’t pitch well, I may never get another chance. I was thinking, “This game is everything.” I just thought, “Whatever it takes, I’m going to get it done. I swear, if I have to tackle someone, I’m going to do it.” We won 3-1 or 4-1.

Were there coaches or others at different levels who were particularly influential?

One of the most influential was Ed Snitger, my high school baseball coach. He was very patient with me. He tried to keep me in line and focused on what I was doing, which wasn’t an easy job. He was like a father figure to me.

Who was the 1st superstar you had the privilege of meeting in the majors?

I spent spring training with all of them, so I knew them a little bit. Willie Mays was my first starstruck moment. I met him in spring training with the Giants. He was so humble. His TV personality was a quiet, gentle guy, so that’s who I thought he was, but he was hilarious. He was such a different person in person.

What was your “welcome to the big leagues” moment in the major leagues?

I feel like that first LA game….and you never feel comfortable, I never felt like I had it licked, walking off the field that night in LA. But when you get that first win, no one can take that away from you.

How did you prepare for a season?

I usually didn’t do anything baseball wise. A lot of guys don’t do anything in the off season, but I’d bowl during the winter. The fact that I had an activity that moved my arm in the opposite way helped me prevent injury, I think. I think a lot of baseball injuries come from the lack of balance. Bowling was the complete opposite movement.

In what major league park did you most enjoy taking the mound?

Candlestick Park in San Francisco was home for me. It was torn down eventually. I always have a special feeling about Dodger Stadium. The old stadiums are really cool, like Wrigley Field. People show up 3 hours before the game to party. Baseball is secondary to them. They are there to have a good time and there happens to be a baseball game playing too.

What is it about baseball and bowling that you love so much?

In baseball, I loved the head to head with pitching and hitting. It was me against you, and we could see who was better. I also enjoyed all of the strategy of it because I was always trying to be one step ahead of them.

I love the strategy in bowling too. That’d be a whole other article. Bowling is so much more than hoping you get a strike.

There are a lot of similarities between bowling and baseball. The things you need to do to be a good bowler…the mechanics…it’s similar. In baseball, you have a brief hesitation before you get ready to deliver the ball. Bowling is the same, if you wait for the ball to fall – when the ball gets into the back of the backswing, you don’t want to muscle it down. It’s the same in baseball because you don’t want to throw it too fast. It’s easier said than done. Repeating your delivery, also similar in baseball and bowling.

Do you have any bowling tournaments coming up?

Yep. We’ve bowled three tournaments so far and I’m getting ready to go to Brentwood [for the PBA50 Northern California Classic] again on the 25th of May, then we go to the [USBC] Senior Masters in Las Vegas. My best game was at Brentwood in 2015 when I placed 4th, so I hope to do well there.

Since our interview, John did bowl in the PBA50 Northern California Classic. He placed 9th and achieved a career-first by scoring a perfect 300. He also participated in the USBC Senior Masters and Suncoast PBA50 Senior U.S. Open in June, along with the PBA50 River City Extreme Open and the PBA50 South Shore Open in July. He received his first PBA Regional Title in August.

When Burkett isn’t bowling, he lives in Texas with his wife of 30+ years and their children. Out of all of his accomplishments, he says he’s most proud of his and his wife’s long marriage.