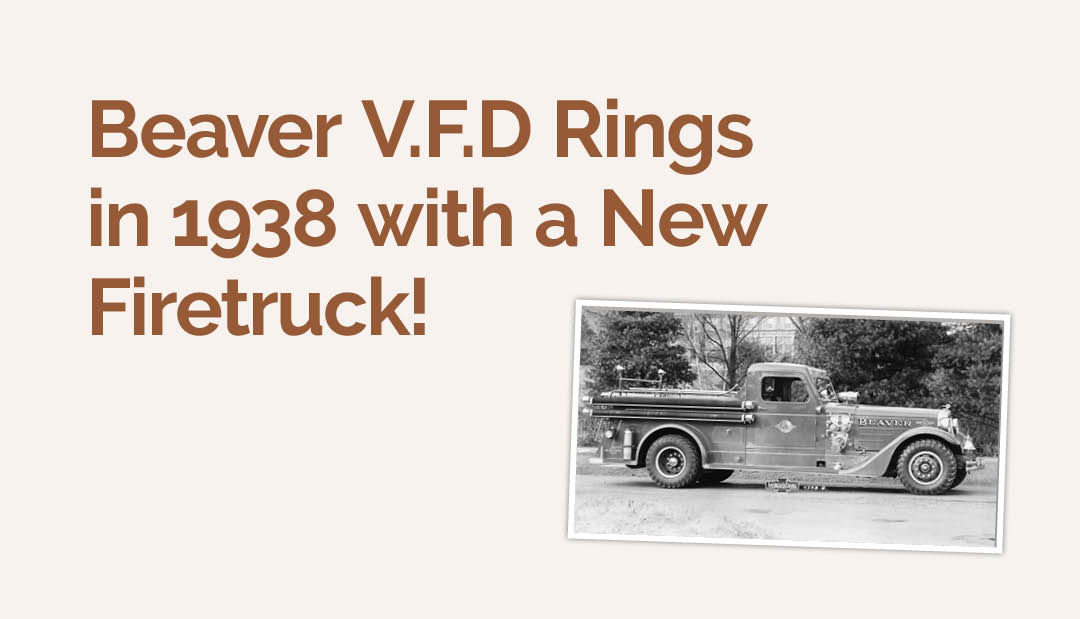 Written by Chris Starkey, Volunteer with the BVFD

Over the years the Beaver Fire Department has had several memorable pieces of fire apparatus. In December of 1937, the fire department took delivery of one of the finest pieces of firefighting equipment possessed by any fire department in Western Pennsylvania at that time: a new truck. The new truck was a 750-gallon pumper made by American LaFrance and built in Elmira, NY. It featured a 12-cylinder, 30-degree “V” motor powered at 240 HP.

The truck’s pump was mounted under the cowl behind the motor, which was unique at the time. The pump control was operated from the right side with an instrument panel featuring indirect lighting. The truck had a 100-gallon water tank mounted behind the cab, as well as equipment compartments on the top of the tank and the sides of the truck. Another feature of the truck was an enclosed cab, a safety measure made possible through a donation from the Fire Department. A chemical hose reel in the back carried 150 feet of chemical hose and 1,500 feet of 2 1/2-inch hose could be carried in the hose body. Other features of the new truck were mounted spotlights on the front and back. It also had two, 10-foot lengths of hard suction hose for drawing water from the river or cisterns during firefighting efforts. The truck carried a 24-foot extension ladder and a 14-foot roof ladder, a 12-foot pike pole, as well as fire extinguishers and hose accessories.

Some of the features of the truck which made it memorable were the long hood and the increased emergency lighting. Although trucks of today have more impressive features and equipment, this vehicle was state of the art, and the envy of many departments. This truck was a favorite of many people throughout the county as well as of past members of our department.