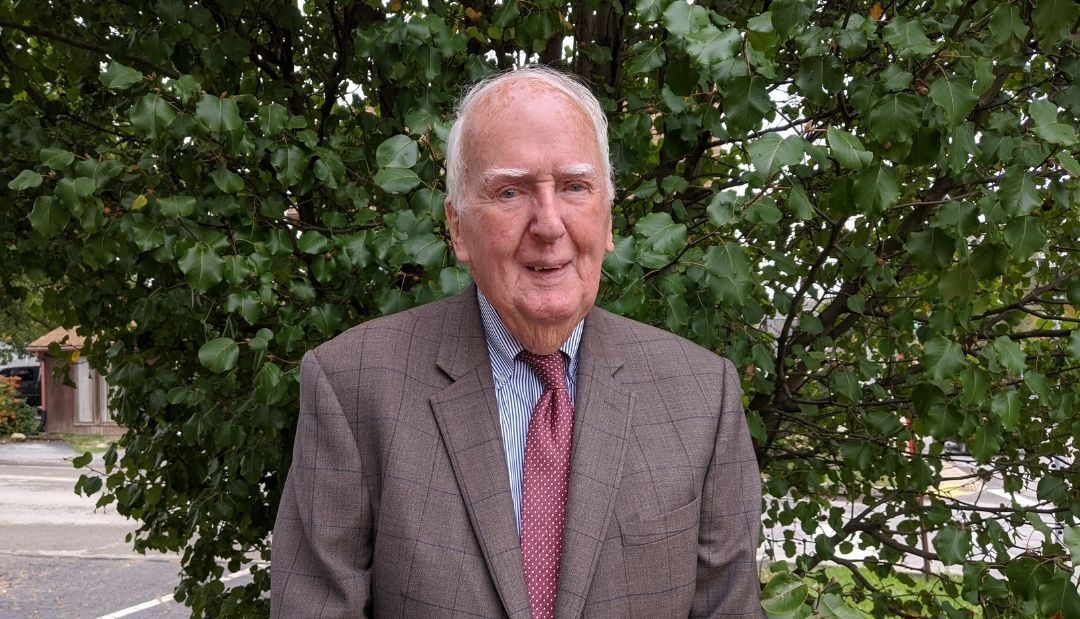 Hundreds, if not thousands, of funerals and weddings. Over sixty years of pastoring. Five churches. One resident of Beaver – Pastor Don MacNeil.

If you’ve had the pleasure of meeting Beaver resident Pastor MacNeil, you’re familiar with his sense of humor and friendly smile. A token of our community, his work and career have been memorable so far – but they’re not over yet.

Pastor MacNeil originally hails from the Boston area where he met his late wife, Ruth Ann, when they both attended Eastern Nazarene College in Quincy, MA.

With hopes to become a Forest Ranger, Pastor MacNeil’s undergraduate studies initially began in the field of biology. He soon discovered his interest in literature and philosophy were much stronger than that of science and his plans took a new direction.

“In the midst of that, I got a call to preach,” Pastor MacNeil explained.

He switched the focus of his studies and went on to graduate in 1955. That same year, he and Ruth Ann married and moved to Kansas City, Missouri so he could attend Nazarene Theological Seminary and she could teach elementary school.

Pastor MacNeil’s call to ministry was far from traditional. He didn’t grow up going to church and therefore wasn’t accustomed to many of its practices. With an unfamiliarity to organized churches, he sought to pursue a different path after finishing seminary.

The District Superintendent of The Church of the Nazarene in Akron, OH reached out to him about taking on the pastoral duties at a home mission church in Talmadge, OH. When Pastor MacNeil first began, the parish was made up of just four families – 12 or 15 people, he remembers.

Although his parish began few in numbers, Pastor MacNeil left his mark on the community there. Under his guidance, the parish established a church and parsonage for their growing congregation. He and Ruth Ann stayed there nine years before moving on to similar arrangements, first in Hubbard and then in Logan, OH.

From there, Pastor MacNeil was called to western PA where he served at New Brighton’s Church of the Nazarene for 40 years, retiring in April of 2019. In the fall of 2019, he became a Beaver resident when he moved here to be closer to one of his daughters.

Pastor MacNeil and Ruth had three children– a son and two daughters – all who live locally. Although Pastor MacNeil is technically retired, his work in the community is far from finished.

For over 40 years, Pastor MacNeil has been involved in the local community. His secretary used to keep track of how many weddings and funerals he did – a number that would continuously surprise him. He recalls one year where he pastored over 40 funerals.

“I am on the obituary page it seems like every couple of weeks. Luckily, I’m always at the bottom and not the top – still alive,” he chuckled.

That sense of humor and heart for service has helped establish Pastor MacNeil as a core piece of the community, amassing thousands of relationships over the years. Without an air of pretension, he serves as a “go-to” clergyman for all, for weddings and funerals alike, regardless of faith practice.

“It’s an interesting life,” he shared, “Just four or five days ago I had a funeral…and then this Friday, I have a wedding.”
Even COVID-19 hasn’t slowed him down. His daily routine includes safe visits to the hospital to visit with patients. Pastor MacNeil recognizes that while many people may not have a home church or pastor, there’s a good chance he’s gotten to know them from the variety of ways he has met people over the years. He checks in with many, asking them how they are, how they’re feeling, and how he can best support them.

Pastor MacNeil now also pastors at First Congregational Church in Beaver Falls. So, what continues to call him to this work?

“I just love to preach,” he explains.

Even though Beaver is a smaller community, people like Pastor MacNeil have the gift to bring us together in new ways. So, if you see him around town, be sure to say “Hello” and stop to get to know one of our treasured neighbors.