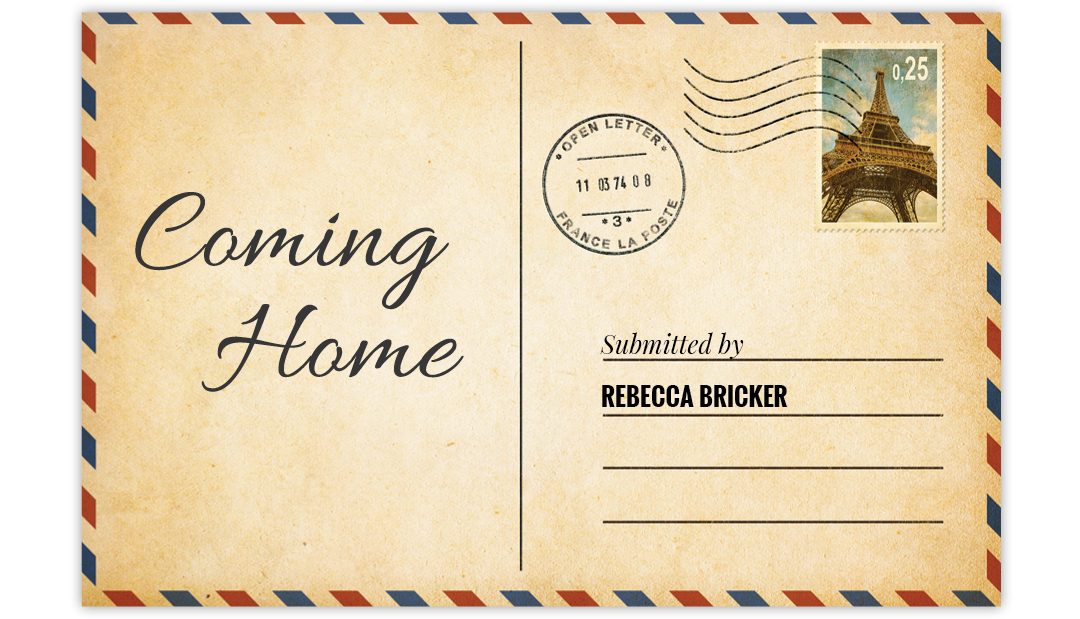 I’ve always considered myself so fortunate to have spent my childhood in Beaver. When I was 10, in 1964, my parents moved from Beaver to the Chicago suburbs and my life since then has taken me mostly to big cities in far-flung places. But there’s something special about Beaver that never leaves you.

My grandparents, Bob and Geneva Stout, lived at 922 Second Street in a big, red-brick house that looks much the same now as when I was a girl. I went to kindergarten across the street at what was then Fort McIntosh School and attended Brighton Township Elementary School from first through fourth grade. Both schools are now gone, but I have such clear memories of their hallways and classrooms, and most of all, the wonderful teachers who got me off to a good start in my academic life.

My parents, Lois Ann (Stout) and Neil Bricker, lived on Dutch Ridge Road, across from Harriet Ward’s farm. I always enjoyed watching Harriet ride her tractor through the pasture and vividly remember the day when one of her cows moseyed up our driveway, much to my alarm.

I loved living in the countryside. My younger sister and I were lucky to have four girls our age as next-door neighbors. We had the run of their grandparents’ adjacent estate, where we spent many hours playing under a tall stand of trees we called The Pines — fertile ground for the fantastical stories we invented.

My favorite place in Beaver was the public library. I remember when the “new” library opened in 1962. I had my own library card and spent hours there browsing the shelves as I made my selections. The Beaver library fostered my love of reading, which certainly influenced the career path I chose as a writer.

My second favorite place in Beaver was the pool at Gypsy Glen Park. I swam there nearly every summer afternoon with friends and cousins. After our swim, we’d stop by the snack shack for a frozen Milky Way candy bar on a stick.

Nothing could compare, though, to an ice cream cone at Rowse’s Drug Store. I went to a local children’s dentist who rewarded good check-ups with a “prescription” at Rowse’s for a single-scoop cone. My favorite flavor was Chocolate Ripple. I was short enough then to stand under the soda-fountain counter. The underside of that counter was a colorful mosaic of chewing gum wads — a sight to behold!

I remember feeling surrounded by kindness in Beaver. I had a tense moment once at the Beaver Supermarket after I innocently helped myself to a box of animal crackers while my mother was shopping. I was about 4 and hadn’t quite grasped the concept of paying for food that you took off the shelf. I had gobbled up half the cookies by the time we got to the car. My mother marched me back inside and I confessed my transgression to the manager (Abe Farkas). Through my tears, I could see the kindness in his eyes and was so relieved he didn’t turn me in.

I loved singing in the children’s choir at the Methodist Church in town and apparently was good at mimicking the choir director, Mrs. Hahn, who taught us how to form our mouths in the shape of a perfect O-val. I once asked my grandmother why so many people in the congregation laughed when we sang. I later learned I had something to do with that.

After my parents moved away from Beaver, we came back for visits during my junior high and high school years. But eventually, my visits became less frequent. I was living in California when my grandmother died in 1993. I returned to Beaver for her funeral. All of her 14 grand-children came from around the country to honor her.

It was my parents’ wish to be buried in Beaver. After they died in 2014, I made the journey “home” with them. My sister, Amy, who passed away in 2008, is buried with them at the Beaver cemetery. It’s comforting to me to know they’re at rest together in the town where we became a family.

I now live in Giverny, France, just down the road from Claude Monet’s gardens. In the boxes I shipped to France, I discovered a stack of books from my Beaver childhood, purchased at Murphy’s 5 and 10 on Third Street. My dad often treated me to a book on our Murphy’s visits. Now the tales of the Bobbsey Twins, Donna Parker and Trixie Belden have a home in Giverny.

One day last summer, I was sitting at a table outside Beaver’s Starbucks — where Murphy’s was located — reminiscing with my aunt Eleanor Stout Courtney, my cousin Rob Stout and his wife, Diane. We all had a good laugh when Eleanor told us that, when she was growing up, her dad wouldn’t allow her to hang out on Third Street. In fact, it was the first time she’d ever hung out on Third Street and at age 91, she realized how much she’d been missing out on. (I’m pretty sure my grandfather was smiling down on us.)

What I love most about coming back to Beaver is that it really still feels like home to me after all these years. I’m so grateful for how Beaver gave me a wonderful foundation in my life, with a deep appreciation for family and community. I’ll always cherish the rich memories of my childhood and am delighted to see that Beaver has preserved so much of what still makes it such a special place to live.