Historical and Architectural Review Board Preserves and Protects Historical Sites 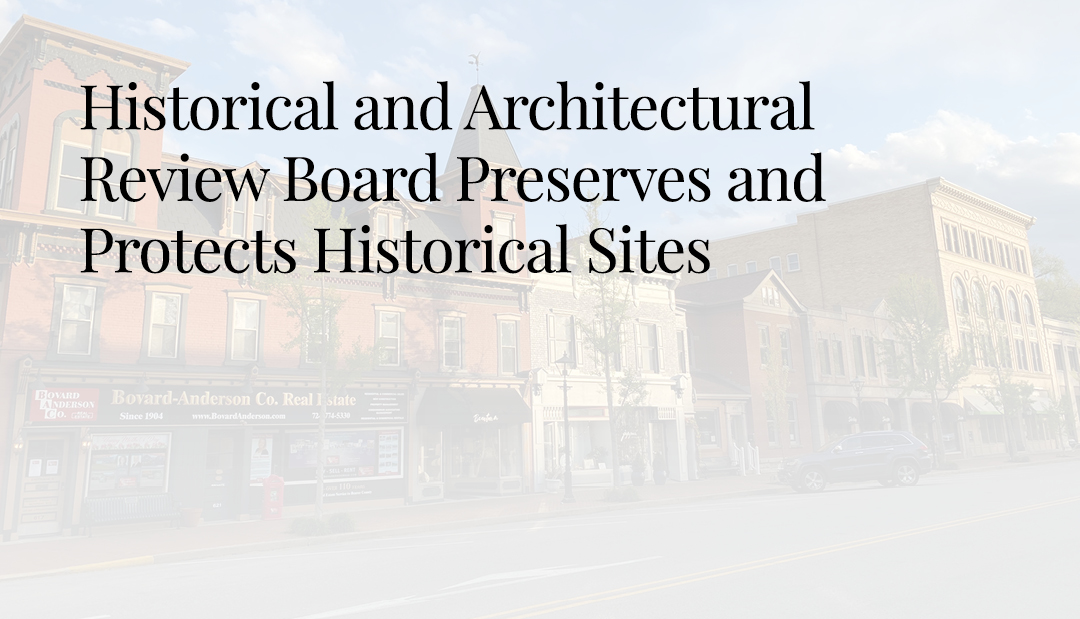 The first reason was that a large percentage of Beaver’s buildings exhibited high quality and varied historic architectural integrity, particularly when compared to other PA communities its size. Secondly, the consultants noted the original 1792 plan of Beaver specified a grid system of wide street ROWs with numerous well- located public spaces at its center and the corners. It is mind-boggling that there was a plan, much less this sophisticated plan devised for an abandoned wilderness fort site when transportation was horse-drawn. The plan of Beaver is considered by experts to be a visionary example of eighteenth- century urban planning.

As a result of the study’s recommendations, BAHF’s application led to Beaver’s Historic District’s designation by the US Department of Interior in 1996 and naming to the National Register of Historic Places.

Approximately ten years ago Beaver Council began planning for historic preservation in earnest. Realizing the Historic District was vulnerable to unregulated demolition, Council created the Historical and Architectural Review Board (HARB). The purpose was to create a systematic review and recommendation process to determine if a proposed demolition permit should be issued by the Council.

The seven-member volunteer HARB board oversees the demolition ordinance and has consulted on over 20 historical preservation issues, of which 13 were demolition applications.

In 2017 the Borough accepted the assistance of the Pennsylvania Historical and Museum Commission (PHMC), who hired specialized consultants to propose a multifaceted approach by preparing a comprehensive historic preservation plan.

Serving as Council’s advisory group HARB, carries out the duties, responsibilities, and activities in the borough’s historic district ordinance. Membership on HARB consists of a registered architect, a real estate broker and a building inspector, planning commission member as well as three additional members who have knowledge and interest in the historic preservation. At least four HARB members must be residents of Beaver Borough. Generally, HARB goals include helping preserve “the look and feel” of the historic district and protect/ enhance its property values.

“Historic districts are a positive influence on property values. Homebuyers are willing to pay for the assurance that the neighborhood surrounding their houses will remain unchanged over time.”
— Deborah Ann Ford, in the Journal of the American Real Estate and Urban Economics Association

HARB’s duties however are currently limited to reviewing matters to overt demolition or demolition by neglect in the historic district, and presenting its recommendations to the Council. Currently, planning is underway to see if its role should be expanded to give recommendations on new construction and substantial exterior renovations visible from the public street.

The plan support elements include an updated historic district resource inventory, construction guidelines, a review of needs and strategies for historic district preservation, an evaluation and recommendations of the current HARB ordinance, and different public education strategies. (All available for viewing on the Borough’s website: beaverpa.us/municipal- departments-boards- commissions)

Adopted by the Borough Council in September 2021, the main goals of the plan include preserving and protecting the historic character of the borough; increasing public awareness of the historic district’s significance; and identifying funding needs and sources.

The plan is intended to serve as an educational resource for historic district property owners; explaining the significant role each can play in maintaining and enhancing the historic district for the Borough’s benefit and their own.