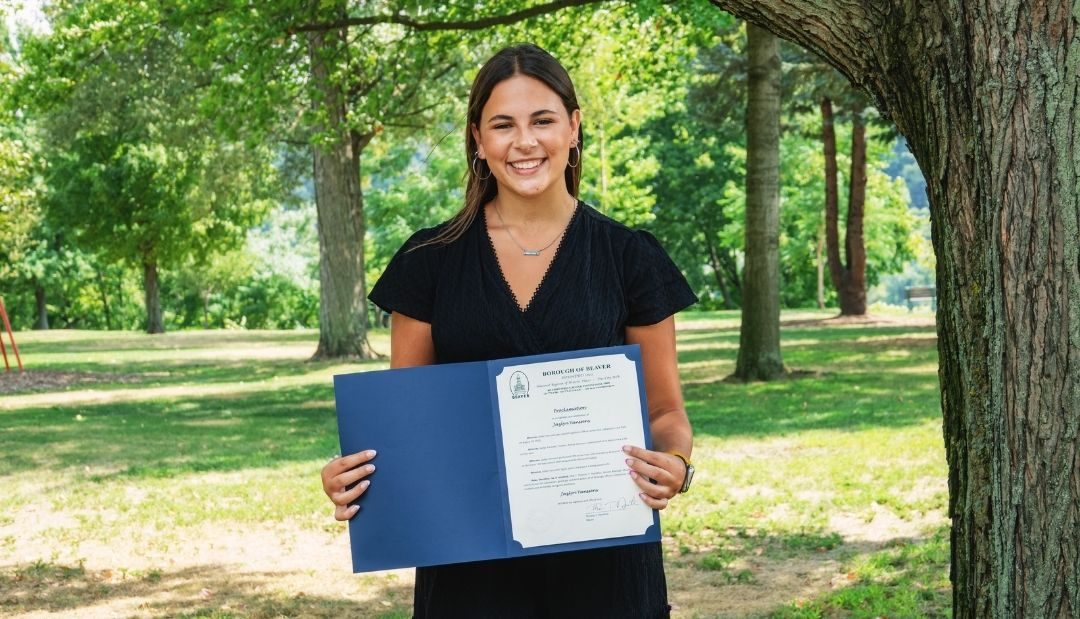 Tuesday, August 18, 2020 was supposed to be an average day for 17-year-old Beaver resident Jazlyn Yanssens. The plan was to move her brother into college, but nothing completely out of the ordinary was in her expectations for the day.

She awoke, though, to a different story. Her mother, Alessa, was desperately screaming for her to wake up and perform CPR on an elderly man who had collapsed in the park.

“I was sitting on my front porch talking to a friend on the phone, when all of a sudden a man who was walking his dog with his wife fell over, flat on his back,” Alessa recounted. “The wife started yelling for help, and I ran over and called 911.”

The man was unresponsive when Alessa got to him, and the 911 dispatcher asked if she could do chest compressions. Alessa didn’t know how, but she knew her daughter could, so she ran back to the house to wake Jazlyn up.

“Jazlyn jumped out of bed, zero hesitation, and sprinted to the park,” Alessa said.

“I wasn’t even thinking, my heart was racing,” Jazlyn said.

Jazlyn started doing compressions, a life-saving skill she learned when she was certified in CPR to become a lifeguard.

“I took a class with Christi Ringer – she manages the pool and is the assistant swim coach of the Beaver Area School District swim team,” Jazlyn explained. “The class was essentially 3 full days. We practiced on dummies, which was really helpful to have that hands-on experience.”

This was Jazlyn’s first time needing to put her training into action.

Another man stopped to help Jazlyn administer compressions until emergency personnel and Officer Ken Stahl arrived, but his identity is unknown.

On August 26, 2020, Mayor Hamilton presented Jazlyn with a proclamation in recognition and celebration of Jazlyn’s quick reaction in saving the man’s life.

The proclamation reads as follows:

WHEREAS, Jazlyn Yanssens was asked to perform CPR on a man that collapsed in Linn Park on August 18, 2020.

WHEREAS, Jazlyn Yanssens’ mother, Alessa Yanssens, summoned her to assist saving a life on this date.

WHEREAS, Jazlyn Yanssens performed CPR on the man until emergency personnel arrived on the scene. He was revived and transported to the local hospital.

NOW, THEREFORE, be it resolved, that I, Thomas T. Hamilton, Beaver Borough Mayor, extend to her the admiration, gratitude, and best wishes of all Borough officers, employees and residents and do hereby recognize and honor: Jazlyn Yanssens.