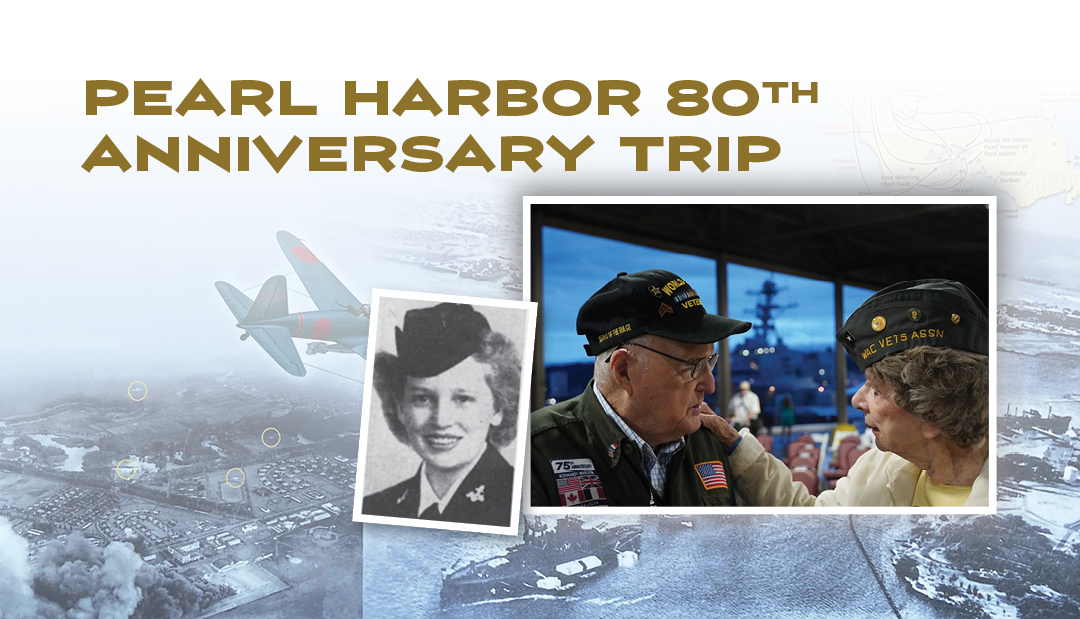 80 years ago today, a family in Beaver County was experiencing the sting of war firsthand.
At a time when all the United States felt fear like never before, for the Moslener family from Monaca, it was personal.

Louis Moslener Jr. graduated from Monaca High school in 1935 and then attended Carnegie Tech. From there, he left to join the Air Corps on May 13, 1940, where he trained in Tulsa, Oklahoma, Maxwell Field in Alabama, and then went on to navigator training at the Air Corps Navigational Class at Miami University in Coral Gables, Florida. The program in Miami was led by members of Pan American Airways. Moslener was in the Class 40-A, the first navigation program in the Army Air Force. He was stationed at Fort Douglas, then assigned to the 88th Reconnaissance Squadron in Hawaii. This Beaver County native was part of a top-secret project that was designed to secretly photograph Japanese bases.
In the early morning on December 7th, 1941, Louis Moslener found himself preparing his plane, doing pre-flight check with his crew on Hickam Field. One can only surmise how the task at hand weighed heavily on his mind: the new technology, the top-secret mission, the importance of his job.

At 7:55 am, the first Japanese plane flew over Pearl Harbor—bombs dropping, explosions coming loud, low, and quick. Moslener, standing in Hangar 15, was instantly killed. The bomb that hit the hangar where he was, was one of the first bombs dropped on American soil that day. Lt. Louis Gustav Moslener Jr. would be one of the first, if not the first, American to be killed in World War II.

Moslener’s name is etched on the Memorial Walk on the Pearl Harbor Base. As I ran my finger over his name, I couldn’t help but feel the tragedy and the pain and yet, at the same time, pride. Pride for what our county has contributed to U.S. history, to world history, to changing the course of mankind, for making this world a better place. It is not cliché, it is real.

Getting to Hawaii for the 80th anniversary of Pearl Harbor was the brainchild of Jerry Fisher, a local Vietnam veteran who is a dynamo of energy. Many people know Jerry, and we are better for it. With his hands in many local projects, Jerry creates ideas and follows through, especially when it comes to things involving veterans. Jerry organizes a memorial ceremony for Lt. Moslener every December 7th in the Beaver Cemetery. Jerry lives the motto of “never forget.” He works tirelessly to make sure our local veterans are never forgotten and that they are honored and respected. Jerry wanted to honor Lt. Moslener where he died, so when he said he was organizing a trip with veterans to Pearl Harbor on the 80th anniversary of the attack, I was in.

On December 2nd, 2021, we found our group of over 25 waiting to board the long flight to Hawaii, onto what would be a life-altering experience. To learn history is important, but to experience it with the people who lived it provides an unbreakable connection. Watching the veterans, especially the WWII veterans, pass through the USS Arizona Memorial at Pearl Harbor, a person is changed. Their silence, their quiet tears scream. Their dignity penetrates every breath. It is our job to take these experiences and share them, let them live and grow, never to be forgotten. As Winston Churchill so eloquently stated, “Those that fail to learn from history are doomed to repeat it.” The history encompassing WWII must not be ignored, lest we repeat it.

Waiting for our plane that day, I looked at our group of veterans of all ages. Our group included two local WWII veterans—Robert L. Buckley Sr. from Brighton Township and Emily Drake from Pittsburgh. Mr. Buckley traveled with three generations of his family. He was called up to serve during his senior year of high school, and he joined on March 1, 1943, as did many of his friends. Mr. Buckley was a Corporal T5, part of the 71st Infantry at Fort Lewis, WA. He was then sent to Indiana for training for the invasion of Europe.

A broken leg prevented him from going with his troop into the Battle of the Bulge. The broken leg saved his life. The person who replaced him in the unit was the first troop member to die in battle. Upon his return to duty, he was sent to the Aleutian Islands in Alaska where he served the rest of his time, finishing on March 28, 1946.

As I was listening to Mr. Buckley share the experiences of growing up on Tuscarawas Road and walking to school on Mudlick Hollow, I could understand how this generation is called the Greatest Generation. They have lived through so much and when our country needed them the most, they stepped up instantly. That was a theme in all of the conversations I had with the WWII veterans during the trip. They all said they wanted to do something to help—to do their parts, no matter how big or small, there was a feeling of strength. Mr. Buckley spoke of how quickly the U.S. produced everything needed for the war. Ships, planes, uniforms, ammo—everything was made by American citizens stepping up to help, coming together to do what was needed to win the war.

Another WWII veteran that went on the trip was Emily Drake of Pittsburgh. She expressed that serving in the war was the best thing did in her life and that serving her country was worth everything. Ms. Drake lied about her age to get into the Women’s Army Corps (WACS). She reached the rank of sergeant and still possesses that same spirit and drive that implored her to join WACS at such a young age. Some of the most moving moments of the trip included Ms. Drake as she greeted the younger generation of service women at the ceremony. They looked to her as a role model, a role in which she thrives.

The trip to Pearl Harbor will always hold a reverence for me. Standing on the same ground on the exact moment 80 years later, watching each veteran honored at the ceremony held directly across from the USS Arizona Memorial, standing on the soil that was destroyed then rebuilt, touring Big Mo (Battleship Missouri), and shaking the hands of the very people who battled back to victory were moments I will never forget. These moments will bridge the past with the future as I share them with my students.

The significance of honoring Lt. Louis Moslnerer where he gave his life and then watching Mr. Buckley’s granddaughter, Heather Coffield, walking so proudly beside her Pap in the parade, Mr. Buckley beaming with pride as he waved—the contrasting effects, the two lives lived so drastically different, yet connected. These opposing experiences resonate within our country and our future. Our country is built and sustained by the bravest of the brave. My heartfelt gratitude to our veterans, always remembering that freedom is not free.