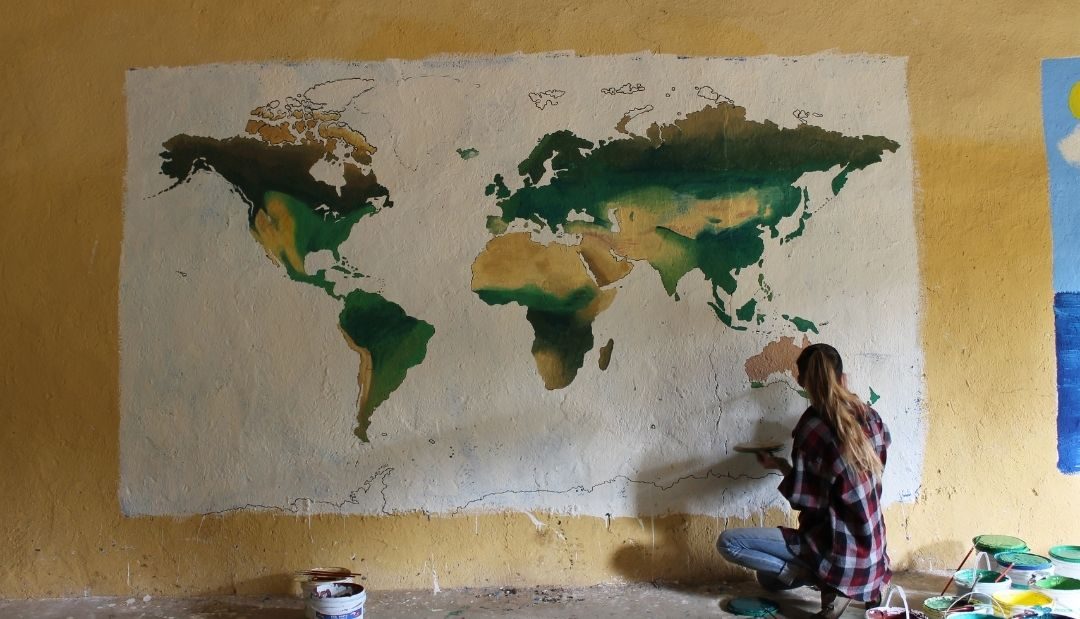 After studying Anthropology and Environmental Studies at Rollins College in Winterpark, Florida, Beaver resident Aidan McKean spent two years in Ethiopia through the Peace Corps – right before the pandemic hit.

What made you interested in joining the Peace Corps?

Around my junior year of college, I interned with Conservation International, and most of my coworkers had been Peace Corps volunteers, so I talked to them a lot about it. Also, in the mornings, I always woke up and watched the news, and knew I wanted to do more. Sure, you could donate to organizations that help out, but I wanted to be part of organizations that made a difference. Peace Corps is a long-term, sustainable plan where you are there and you stay there for the long haul to see your initiatives progress.

When did you join the Peace Corps?

I joined the Peace Corps in January of 2018. I spent a few months in training and then two years in service. The first time I applied, I asked to be stationed in Africa in general, but didn’t get it because some posts closed. Then I got a call from a recruiter who told me to reapply in the Summer when more things had opened. Only Ethiopia was open for me where I could used my environmental background in agriculture.

What types of training did you receive?

Once we arrived in Ethiopia, we went from the capital to smaller villages for training… training was six days a week. We studied language for four hours in the morning and had technical training in the afternoon. About half of us were health and half were agriculture volunteers. One day a week, we would all come back together and do general training like administrative, medical, or safety & security training.

Total, we studied Amharic, the local language, for 160 hours, technical training for 94 hours, 40 hours of medical/safety & security training, and had 60 hours of cross-cultural sessions.

Where in Ethiopia were you posted?

What type of work did you do?

For our training, it was under the Nutrition Sensitive Agriculture Training, which was trying to do small household gardens that were manageable for a family, a chicken coop or small animal husbandry, and the third part was beekeeping to make honey or beeswax, or sell those items for income to get more nutritious food. Veggies, eggs, meat, and honey were used as a way to train people on nutrition and how to get all different food groups.

What challenges did you experience while you were there?

We were the first group to do that type of training. It went well in certain areas, like in the South where there’s more rain and the soil’s more fertile. But where I was, which is the Ethiopian Highlands, we were having issues because we didn’t have enough water, or it was too cold, especially for something like an open-air chicken coop. We struggled with that part of it. It was a learning lesson for us to learn how to work within our framework. We kind of branched off and did different things. I branched off and did household gardens but also water conservation – water pits, terracing, that sort of thing.

There were some safety & security problems at times because Ethiopia doesn’t have huge tourism, like Kenya. Harassment can be a problem. You are just aware of it, and you have to be precautious of where you went.

Since you were the only volunteer in your area, how did you build community?

I was lucky in that I replaced a volunteer, so the community knew why I was there – that really helped. The people I worked with always invited me to have lunch with them, meet people, or have coffee with them. They have a whole coffee ceremony that’s two or three hours long. Anyone that’s brewing coffee, everyone comes together. After lunch, someone is probably making coffee, and you’ll have a two-hour coffee break.

What other parts of the culture did you enjoy? What else do you miss about it?

Ethiopian food is so good, and very vegan friendly. I really liked that part. Because they are Orthodox, they fast quite a bit, so sometimes will do three months of fasting of a vegan diet. When they do eat meat, they eat every bit of the animal. Those kind of aspects of being more open to a vegan diet, using the entire animal… those are two sustainable aspects of the culture that I really liked. I lived in a compound, which was kind of set up how a motel is, with rooms down a line, but it was u-shaped. So I’d get up in the morning, make tea, and also see everyone else is getting up, making tea, and having conversations. And as soon as something goes wrong, say you need to take down your laundry from drying right before a big rainstorm, everyone is rushing to help you. That type of tiny little community within your home is something I miss.

Also, how they greet people – they are so friendly, they overwhelm you with questions. “How are you?” “Are you fine?” “How was your day?” They have four greetings for you and they typically greet with all of them at once.

Were there any lessons you learned while you were there?

Patience. It wasn’t my virtue before and now I think I’m a little bit more patient, especially with teaching. I taught some English and teaching a language to someone when your first language isn’t theirs and theirs isn’t yours… that takes patience. Also going with the flow. When you need to get somewhere, you never know when the bus is going to leave. My bus had multiple times a day and if it would fill up, it would leave. Sometimes I got on the wrong bus and had to walk. It just made the adventure more exciting.

What was one of your most joyous moments while you were there?

I wrote a grant for a community library that was going to be at the school, and we got almost $3,000 which got us around 400 books. We painted murals inside of the library of different landscapes. We celebrated its opening right before I left. We were hoping it’d be on International Women’s Day,but it didn’t work out, so we had a belated International Women’s Day. The school canceled classes, we had a few people from the local area give speeches about the library. All the girls played soccer and volleyball and the boys were their cheerleaders, and after they had a coffee ceremony where the boys served coffee, even though that’s traditionally a role the women serve. It was a nice, big day celebrating the opening ceremony and International Women’s Day.

When you did come back, it was right as the pandemic hit?

Yes, my group was supposed to leave around that time anyway, and it just so happened that we were being evacuated. All of the volunteers had flights heading back through Europe, but most countries were closing their borders. Ethiopia was one of the countries still flying. All of the Peace Corps volunteers in nearby countries came to Ethiopia and all the directors coordinated for three charter planes to the US. It was kind of lucky because we got to finish our service out completely, but some had to leave early.

What was it like transitioning back to life in Beaver?

Because of my parents’ work, we moved around a bit (including overseas), I was kind of already used to living abroad. The culture shock wasn’t too bad going back and forth. Coming back here and being in a grocery store, though… my mom sent me to the store to get artichoke hearts… was kind of shocking – being overwhelmed by thousands of possibilities, especially compared to my suk (sort of like 7/11, but a stall) that had about ten different items.

Would you recommend joining the Peace Corps?

Yes, but I would definitely say to look into what country you want to move to and see what people have said about that country. Understand what you want out of the Peace Corps experience and try to pick it (the country) from there. If you like being around people, don’t pick a small Caribbean island.

Where’s your next journey going to take you?