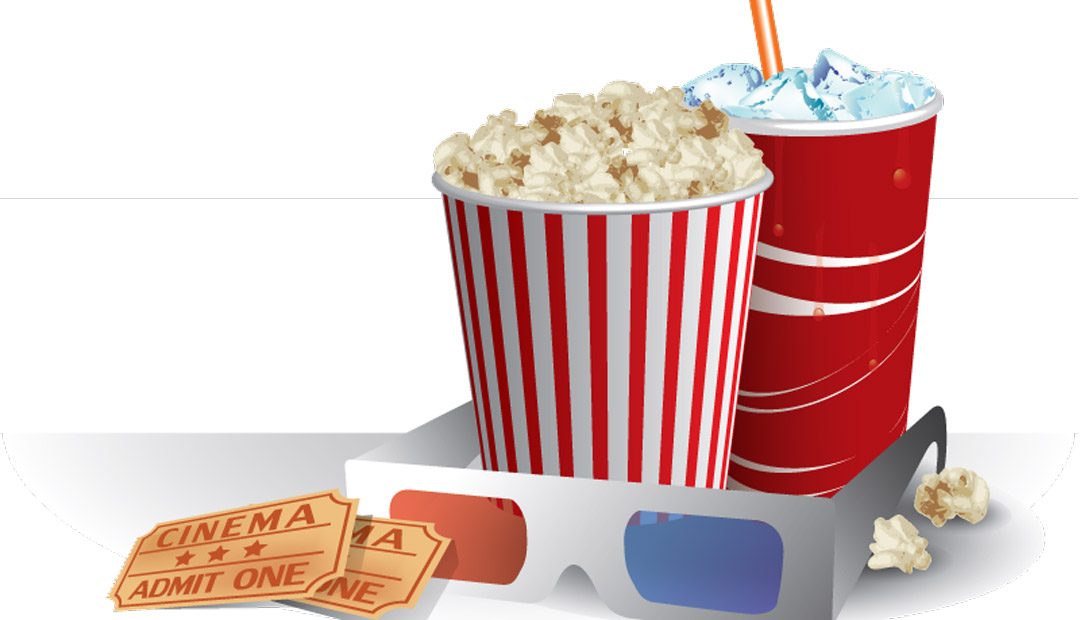 Escape the heat this summer by taking refuge in a cool, dark movie theater! Summer is a notorious time for Hollywood to release its biggest blockbusters, but Summer 2019 has a line up of great cinematic experiences that are sure to be hits!

Rated: PG
Released: May 24
This live-action adaptation of Disney’s 1992 musical animated hit may just offer, as the song goes, “A whole new world, a new fantastic point of view.” Follow street rat Aladdin (played by Mena Massoud) as he tries to win the heart of the courageous and self-determined Princess Jasmine (played by Naomi Scott), with the help of the magical Genie (played by Will Smith). This movie will offer new recordings of the original songs, along with some new music and characters.

GODZILLA: KING OF THE MONSTERS

Rated: PG-13
Released: May 31
In the next chapter in Warner Bros. Pictures’ and Legendary Pictures’ cinematic Monsterverse, humanity’s very existence hangs in the balance as the crypto-zoological agency Monarch and its members face off against god-sized monsters all vying for supremacy. Teaming up with Godzilla seems to be their best hope for survival against these monsters, including the three-headed King Ghidorah.

Not Yet Rated
Released: May 31
This biographical musical drama tells the story of Elton John’s life as he transformed from a Royal Academy of Music prodigy to a famous performer while exploring his struggles with the darker side
of fame.

Rated: R
Released: June 7
Legendary late-night-talk-show host Katherine Newbury (played by Emma Thompson) has been getting low ratings and she’s told the network wants to replace her. A new writer, Molly (played by Mindy Kaling), has recently been hired to Katherine’s all-male writing team and she may just be the trick needed to help revitalize the show and Katherine’s career.

Not Yet Rated
Released: June 7
This sequel to 2016’s X-Men: Apocalypse is the 12th movie in the X-Men universe. Jean is transformed into one of the most powerful mutants of all – the Dark Phoenix – when she is hit by a cosmic force. Her unstable powers and personal demons threaten the fabric of our planet. The X-Men family of mutants must face their most devastating demon yet – one of their own.

THE SECRET LIFE OF PETS 2

Rated: PG
Released: June 7
This highly anticipated sequel to the 2016 comedic blockbuster shows Terrier Max (voiced by Patton Oswalt) coping with some major life changes. Luckily, with some help from his friends, Max and the pet gang are able to find the inner courage to face their biggest fears.

Not Yet Rated
Released: June 7
Not much is known yet about this “continuation” of the 2000 action comedy based on the 1970’s tv series, but in it a new generation of an elite all-women crime-fighting team work for the mysterious Charlie. Elizabeth Banks is directing this film and Kristsen Stewart, Naomi Scott, and Ella Balinska will star in it.

Not Yet Rated
Released: June 14
In the fourth Men In Black movie, agents must overcome a mole in the Men in Black organization. Thor: Ragnorak stars Tessa Thompson and Chris Hemsworth are reunited for this film and are joined by other household names such as Liam Neeson, Emma Thompson, and Kumail Nanjiani.

Rated: G
Released: June 21
The toys are back in town for their fourth movie! Woody (voiced by Tom Hanks) has always been confident about his place in the world, but a road trip adventure with old and new friends, including Buzz (voiced by Tim Allen), Little Bo Peep (voiced by Annie Potts), and Forky (voiced by Tony Hale) shows him how big the world can be for a toy.

Not Yet Rated
Released: July 5
This superhero film based on the Marvel Comics character Spider-Man is set to be the sequel to the 2017 Spider-Man: Homecoming film. While Peter Parker embarks on a school trip to Europe with his friends, Nick Fury recruits him to team up with Mysterio to battle the Elementals.

Rated: Not Yet Rated
Released: July 19
Another adaptation of a Disney classic hits the theaters this summer with The Lion King, a CGI film directed by Jon Favreau who also directed 2016’s The Jungle Book. Simba, the future king of the African savanna, grows up realizing his royal destiny, but his journey takes some unexpected turns and he has to figure out how to grow up and take back what is rightfully his. Donald Glover joins the film as Simba, Beyonce as Nala, Billy Eichner as Timon, Seth Rogen as Pumbaa, and James Earl Jones returns as Mufasa.

ONCE UPON A TIME IN HOLLYWOOD

Rated: Not Yet Rated
Released: August 2
In the series’s first spinoff, Luke Hobbs (played by Dwayne “The Rock” Johnson) and Deckerd Shaw (played by Jason Statham) must work together to pull off a mission against a cyber-genetically enhanced villain (played by Idris Elba).

Rated: Not Yet Rated
Released: August 9
Based on the novel by Eoin Colfer and brought to the screen in a Disney-backed adaptation, Artemis Fowl II uses his criminal mastermind skills to kidnap the fairy LEPrecon officer Holly Short for ransom to fund the search for his missing father.

Rated: R
Released: August 16
How bad can one day get in the life of a suburban sixth grader with his two friends? Find out in this raunchy comedy brought to you by the creative minds behind Superbad and Neighbors.