Tis the Season to be Saving 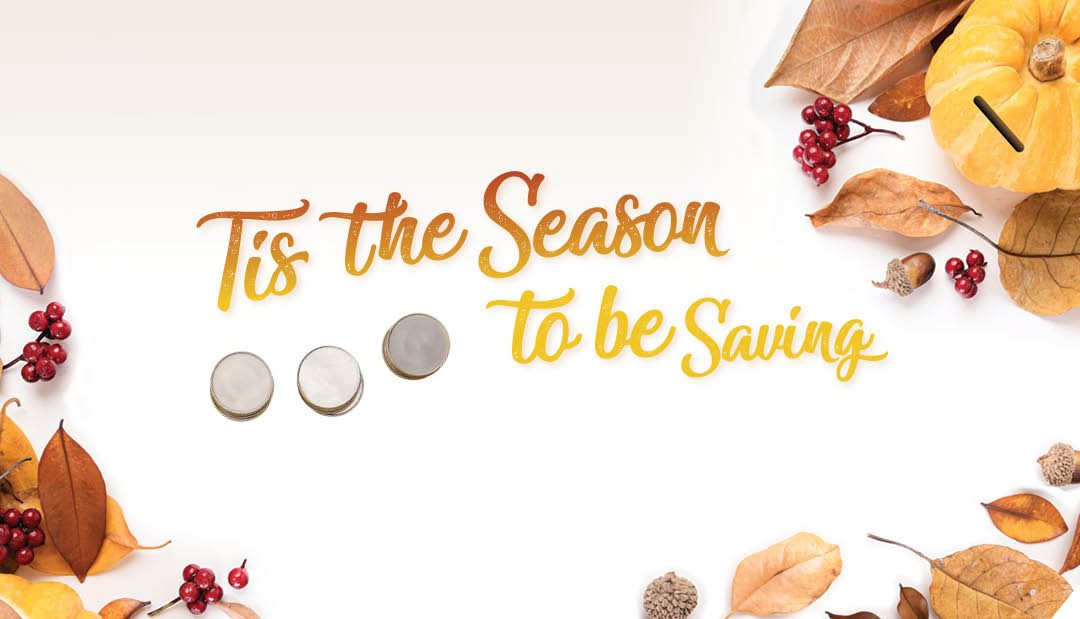 The holiday season has begun, and the usual festivities are just around the corner. Soon, gatherings, gift giving, decorating, and baking will arrive in a flurry to put us in good cheer and, possibly, put money on the mind. More than 50% of Americans report concern over holiday spending, and nearly as many report the same over Christmas spending alone.

Funding Christmas fun can become a major point of stress if we let it. However, if we start an early season of saving for this season of giving, we’ll be able to stop worry in its one-horse open sleigh tracks. Throughout the following paragraphs, you’ll find numerous ways to keep red on your tree and out of your ledger.

The first way that you can help your ledger is by writing a budget specific for the season. The budget will empower you to guide holiday spending, because these documents work like financial roadmaps. Plot a course, stick to it, and you’ll arrive at a destination of your choosing; a bill you feel comfortable paying.

You can make your Christmas budget by writing a list of planned expenditures alongside corresponding spending limits. This list could be very specific – down to the last party favor – or it could be broader and more categorical. Just make sure that it accounts for all expenses, because a surprise charge later on would be worse than coal in your stocking. For that reason, it’s a good idea to dedicate some space in your budget to emergency purchases, like replacement bulbs for burned out lights.

Another good idea would be to write your budget early in the season. When you plan purchases with time to spare, you have a better chance of finding the items on sale. If, on the other hand, you wait until the last minute to buy all the presents, you could miss out on the best deals, giveaways, and – of course – Black Friday specials.

What’s not to love about early holiday preparations?

And they don’ t stop with preemptive shopping – early preparations involve a little saving, too. If you open a seasonal savings account, you gain a special kind of all-season opportunity. Set aside money in monthly deposits, and you’ll find yourself a step ahead of the festivity frenzy.

That could be especially true if you fill your holiday savings account with some cash that you earned on the side. It could be the profits from a late season garage sale, or a hot chocolate stand. There are also a variety of apps that can help you earn money by completing surveys or making investments.

We talk about one such app (along with four more top financial apps) in another article featured in this magazine. It’s worth a read once you finish here.

But we’re getting ahead of ourselves. We’ve only just finished writing our Christmas budget! Now we need to check it (twice) and assess the cumulative cost. A sum total will give you the right perspective to adjust numbers where necessary and stretch them where possible.

For example, Christmas lights often lead to higher energy bills and budgetary strain. However, you can ease the fiscal tension by trading out older lights (if applicable) for ones that are more energy efficient, like LED.

In addition, you can lower the cost of using Christmas lights by using them strategically. Turn them on outside only during optimal viewing hours (from when the sky gets dark to when your neighborhood hits the hay), and turn off nearby indoor illumination while the Christmas tree is lit, and you’ll be able to save money on your electric bill.

You can also save money at parties, whether you’re hosting or attending. As a host, you can keep party activities affordable by making a fun, DIY photo booth. Stick a sheet or some wrapping paper up on the wall, provide a few, inexpensive props, and you’ll be ready to capture some merry memories.

And when it comes to party decorations, you can make them budget friendly by, well, making them. Supplies are often cheaper than the final store-bought product, not to mention that DIY inspiration is totally free. You might not be able to DIY the Christmas lights, but there are plenty of simple, festive crafts that would fill your home with the holiday spirit.

There are plenty of ways to save money as a party attendee, as well.
During a gift exchange, for instance, contributing a homemade gift certificate — on which you might offer the recipient bakes goods or so many hours of yard work — would be very cost-effective. It would provide him/her a valuable service while saving you money at the same time.

Outside of gift exchanges, you can lower the cost – but not impact – of giving this year in a number of ways. For one, you could send families group presents, rather than several for each family member. A themed gift basket would do the job wonderfully, as would a variety of subscription services or season passes.

Besides saving money when you buy gifts, you could also save some money when you make them. You’ll earn the financial benefits of DIY projects that we’ve already discussed and even more. After all, anything made, sewn, or stitched with love holds much more value than you could ever write on a retail price tag.

And you know, the whole holiday season is like that – priceless. Not a thing in the world could buy the excitement of a sleigh ride, the memories shared over cups of eggnog, or the warmth of a fireplace on a cold winter’s night. So, even as you get ready to save for the season, save a moment to simply enjoy the Yuletide prelude.

Take a break from finances, connect with loved ones, and have a holly jolly holiday season.