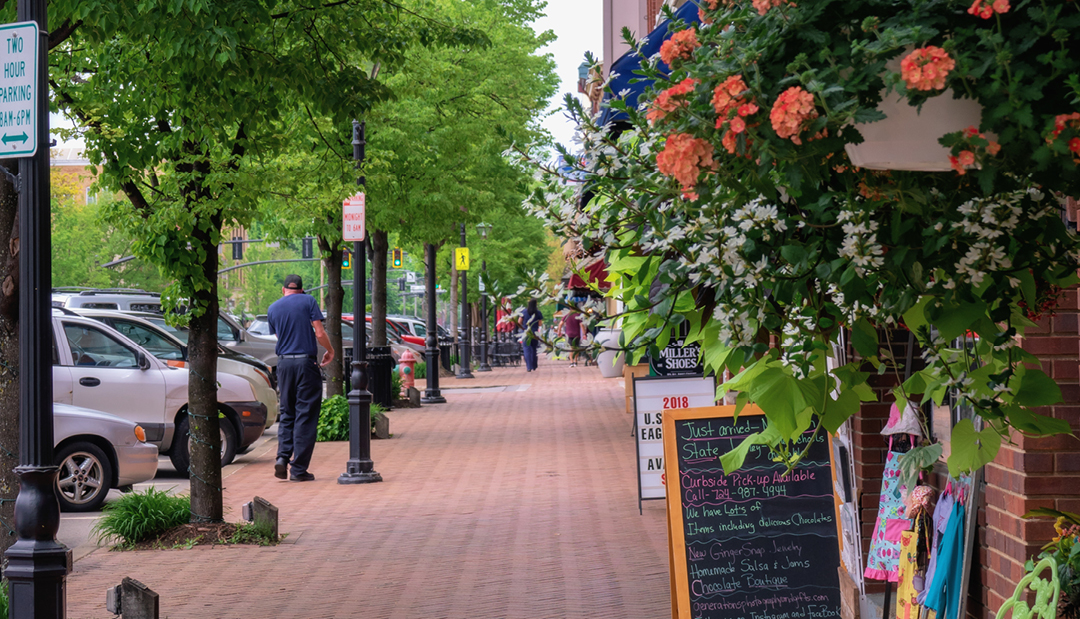 Submitted by 2002 Bicentennial Streetscape Committee members Chuck Copeland and Mark Peluso, in grateful memory of the energetic commitment given to this initiative by Bob Smith, Dick Shaw, Dave Williams, and Jim Foster.

For nearly two decades, Beaver Borough Council struggled to assemble the resources and political will required to advance a greatly needed revamp of its downtown business district. Confronted by one complicated obstacle after another, the initiative had not gained sufficient traction to move the project forward.

But as the new century was getting underway, energy being generated in anticipation of Beaver’s upcoming 2002 Bicentennial celebration proved to be exactly what was needed to overcome 20 years of streetscape “inertia.” Led by Council President Jim Foster and Councilman Dave Williams, the Borough appointed a special four- member “Bicentennial Streetscape Committee,” and then gave it the necessary latitude and support to finally enable a path forward.

At its first meeting, the newly established committee made the difficult decision to abandon streetscape engineering and design work that had previously been completed, and then started over from scratch. Since that earlier design hadn’t inspired action for over a decade, the committee agreed that it never was going to. The talented local firm of Hancock Architecture was engaged as the project’s new consultant, and serious planning was quickly underway.

Targeted features envisioned by the committee (and ultimately approved by Council) included:

Due to the skillful and tireless efforts of Councilman (now Mayor) Tom Hamilton, Beaver is one of the few communities in the Pittsburgh region with a business district that is free from the unsightly tangle of electric lines and cable wires. A look at old photos of Beaver’s downtown area punctuates the remarkable transformation to its now clutter-free skyline. Next time you see Mayor Hamilton, be sure to thank him for his relentless determination to make this happen!

A comprehensive study (overseen by Beaver’s Business District Authority) was conducted to ascertain the viability of removing parking meters from the core downtown areas. As a trade-off for Council’s (apprehensive) willingness to give meter-less downtown parking a try, the streetscape committee arranged for meter post collars to be buried beneath the brick pavers (just in case this friendly free-parking gesture didn’t work, and the meters had to be re-installed). 20 years later those unused collars are (thankfully) still buried!

Inspired by the energy generated by the streetscape initiative re-start, Beaver’s Planning Commission (working in concert with the Borough’s Business District Authority) proposed the adoption of several new zoning strategies, including:

Borough Council ultimately supported (and wrangled-through the enactment of) such policies, which have greatly protected the character and enhanced the vibrancy of Beaver’s central business district.

Through careful placement of trees and planting areas, restaurants were encouraged to create outside dining opportunities. The now ubiquitous sidewalk tables
and chairs have been enthusiastically welcomed
by residents and visitors and have contributed significantly to the active downtown scene evident on Beaver’s busy sidewalks.

Borough Council demonstrated their serious commitment to the project by:

The streetscape project greatly benefited from the strong support and commitment of its community partners, including the:

Beaver’s police department, street maintenance crews, downtown businesses, and committed volunteers have worked very hard to keep the downtown safe and looking great. The maintenance of quality public spaces is a never- ending task, and the Borough has recognized that reality from the start.

The dynamics involved in reinvigorating traditional downtowns are multi-faceted and very complex. The 2002 Bicentennial Streetscape initiative was one important part of a broad (and on-going) commitment by the municipality to continuously improve and maintain its community business district for the use and benefit of all of its residents and visitors.