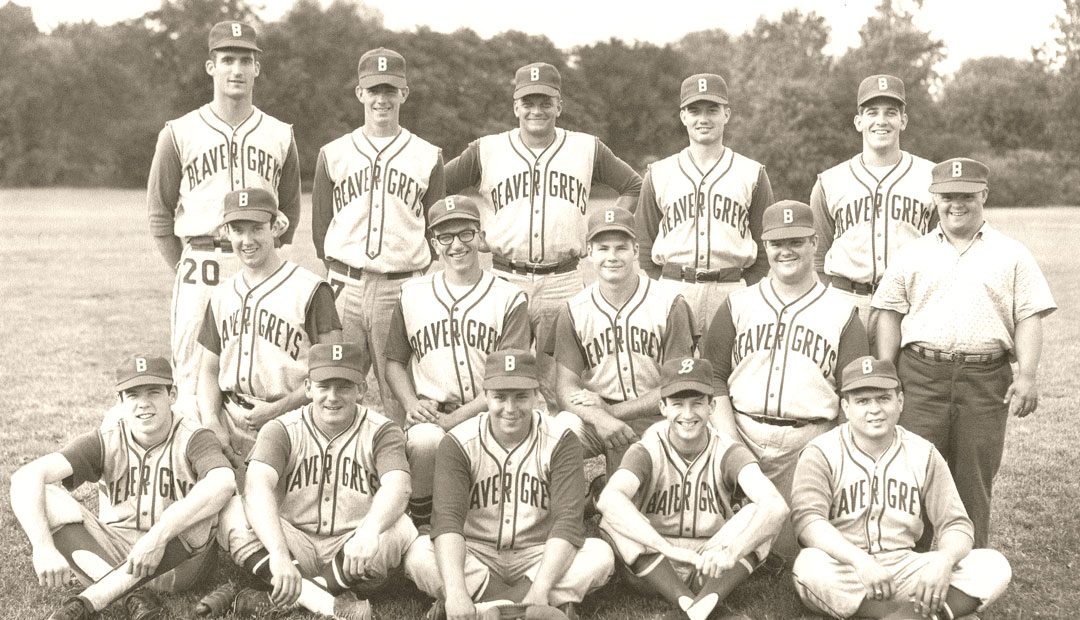 Fewer things evoke a stronger sense of nostalgia among Americans than our national past time—baseball. Baseball transcends generations as the young and young-at-heart both love to play and spectate the sport. Spring Training has begun for Major League Baseball, so it seems appropriate to recount the history known about Beaver’s first baseball team.

Baseball was born on sandlots throughout the United States after the Civil War, and the first professional league began in 1871. Beaver County had its own league with teams from various cities, including Ambridge, New Brighton, Conway, Freedom, Rochester, Baden, Beaver Falls, and Beaver.

Games were typically held on Monday, Tuesday, Wednesday, and Saturday. Fans watched the Beaver Grays play home games at Dravo Field which encompassed the block between Buffalo Street, Navigation Street, Bank Street, and 2nd Street before the homes currently there were built.

The Beaver Grays had a riveting career with their fair share of wins and losses. The Daily Times reported, “They are certainly hitting the old apple right on the nose in every game,” in June 1927 after the Grays won 10 games in a row.

The Pirates’ roster was made up of a majority of young men from Beaver who had hopes to play for the Beaver Grays when they were older. The second game on Baseball Boosters’ Day in 1927 was the Beaver Grays vs. Freedom.

Eventually, reports of the Beaver Grays fade away in the newspaper reports. By 1946, The Daily Times reported on the summary and schedule of Beaver County League games, but the Beaver Grays weren’t mentioned. The team still lives on in the Beaver Borough community room where a uniform from around 1920 worn by Bob Garvin, Sr. hangs on the East wall.

In the late 1960’s, the team was reinvented as the Beaver Greys in the Beaver County League. Team Manager Ralph ‘Buss’ Morton helped establish the team along with Ed Snitger, who played for the team and recruited other players.

The teams on the Beaver County League were very established in the community from the late 1960’s to the early 1980’s. Bill Lintz, who played third base from 1966-1967, remembers looking into the crowd of fans when they played at a field in Vanport and seeing around 200-250 attendees. “The Beaver Greys probably qualified as a semi-professional team,” Snitger said.

Snitger and Lintz also remember the Beaver Greys making the league playoffs and winning a championship title each year.

Lintz recalled, “A number of players from the league went on to play pro ball.”

Snitger would be inducted into the Beaver County Sports Hall of Fame in 2006 for his lifelong involvement in the county’s sports, including his eight years managing and playing for the Beaver Greys. Snitger turned the team over around 1982 and the Beaver Greys, as well as the county league, dissolved shortly after.

If you have additional information regarding the Beaver Grays baseball team that you’d like to share, please email it to stories@beaverlifemag.com.