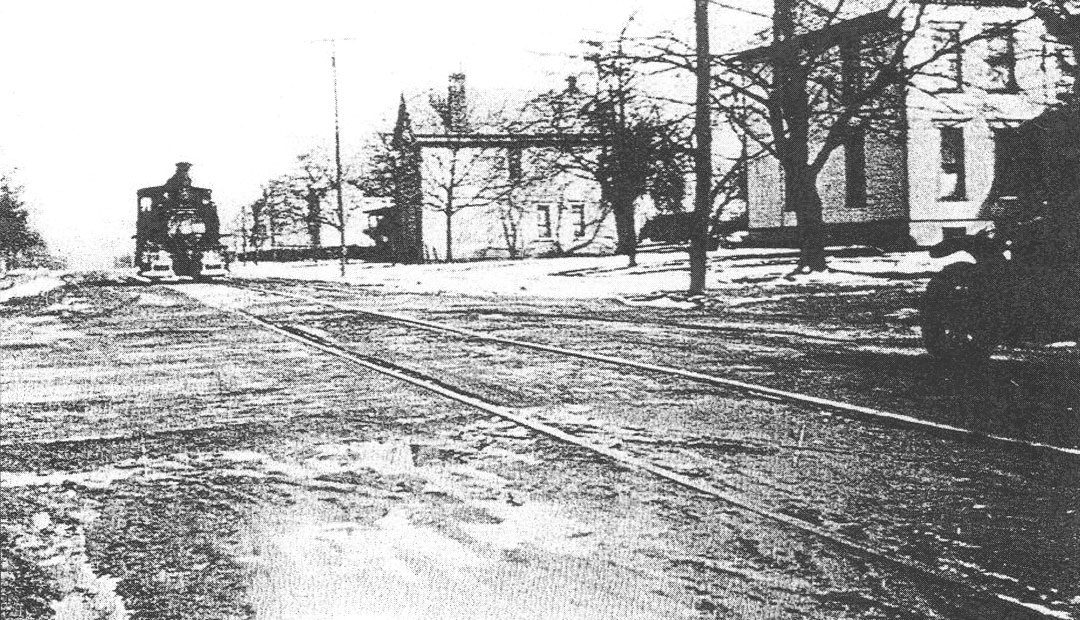 Walking or driving along Beaver’s busy Fifth Street nowadays, it’s hard to believe that at one time there was an active railroad right smack in the middle of the road.

The Beaver Valley Railroad Co. was once one of the longest “street railroads” in the country (3.14 miles). Incorporated in 1899, the company was owned by wealthy industrialist Joseph Newton Pew, owner of Sun Oil Company. Pew, who owned various commercial properties on the western side of Beaver and Vanport, wanted a way to transport his product to barges along the Ohio River.

So, despite opposition from many of the town’s residents, Pew had a railroad line built that spurred off the P&LE railroad in Bridgewater (near where The Wooden Indian Restaurant stands today) and ran all the way up Fifth Street, down Georgetown Lane in Vanport (past what is Eaton Corp. today), behind the Vanport baseball fields, and finally crossing over Route 68 near 84 Lumber, where it connected with the Pennsylvania Railroad. Many locals still have found memories of the railway and the little locomotive, lovingly referred to as the “Dinky” or “Shifter,” which used to pull cars along the tracks.

During its heyday the Beaver Valley Railroad not only served Pew’s oil interests, it also served The Cook-Anderson Company lumber yard (Fifth and Insurance streets) as well as the Gulf Refining Company (which later became the Silverman brothers’ winery and today is Spagnola’s Beer Distributor). In the 1940s the line also served the Curtiss-Wright propeller plant (later, Westinghouse; today, Eaton Corp.), carrying the airplane propellers that would end up help the Allies win World War II.

By 1970 the Beaver Valley Railroad was abandoned and the tracks were removed. If you look closely, however, you can still find remnants of the railway, including tracks embedded in the road down across Walnut Lane in Vanport and the old path of the line beneath Interstate 376.