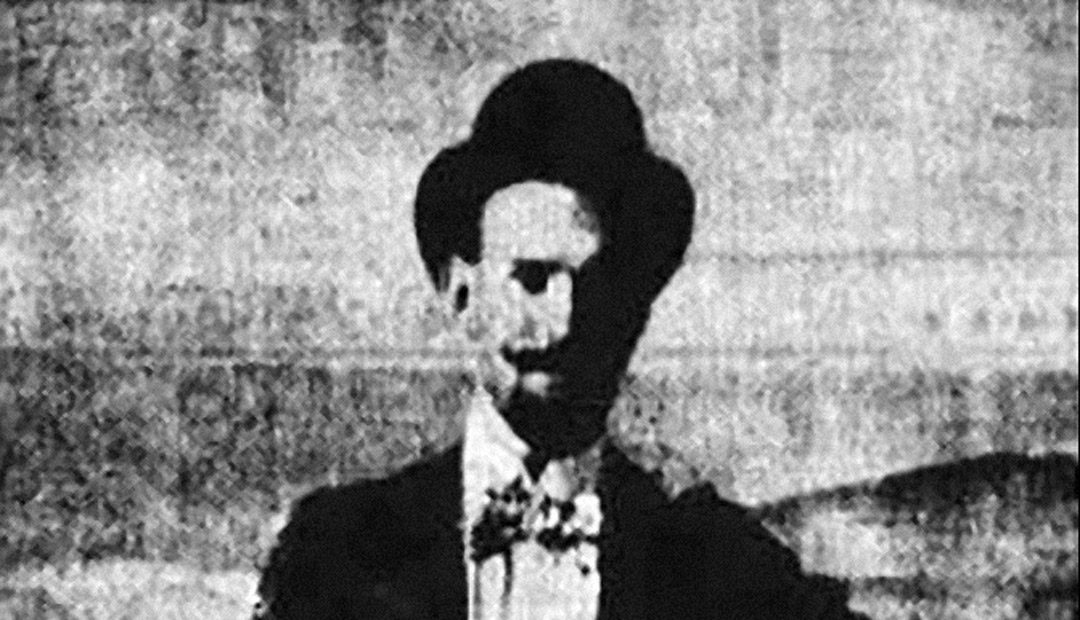 This 1895 tintype is the only photo known to exist of  John H. Craner.

Those familiar with local history and architecture will invariably point to Beaver native John Henry Craner (1871 – 1955) as the most important architect in this area. Although remembered as an independent local architect, Craner began his career with Alden & Harlow a prominent firm based in Boston and Pittsburgh. The untimely death of architectural icon Henry Hobson Richardson resulted in A&H’s appointment to supervise the completion of his renowned masterpiece of Richardsonian Romanesque architecture, the Allegheny County Courthouse Complex.

Craner also served as consulting architect for the sumptuous Carnegie Museums of Art and Natural History in the 1890s. After venturing out on his own, his specialty became American Tudor Revival residences popular in the early 20th-century and can also be found in Sewickley and Pittsburgh areas. These homes feature steeply pitched gable roofs covered with heavy slate, prominent overhanging dormers, and massive fireplaces. Craner’s stylings contrasted, some 1-1/2 story more rustic styled “cottages” with rough stucco and half-timbering finishes, others larger, stately 2-story, some with artistically jumbled “cull” brick and creative contrasting stone detailing. There are nine Craner houses remaining in the Beaver area.

In his later years, Craner is almost exclusive remembered by those few–school kids then–who recall a shadowy, seemingly menacing fixture forever sitting out front of his house in a frumpy dark coat and hat, wordlessly watching all who passed by. But that doesn’t square with Craner’s life-story recounted in his 1955 obituaries.

The Pittsburgh Press described him as “immaculately dress, imperially slim and erect” and “always known a dude and dandy” (then vernacular for a man concerned with physical appearance, refined language, travel, culture, and leisurely hobbies).

The Salem Farm & Diary reported at the turn of the century Craner as “one of the area’s most eligible bachelors…dark and handsome with a neatly trimmed Van Dyke beard, ubiquitous at theatrical opening nights in Pittsburgh (always Aisle Seat #1), carrying a gold-topped cane, wearing a tall silk hat, purple cape… having a wardrobe of over 50 outfits. His circle of friends included Andrew Carnegie, Oscar Wilde, prominent Hollywood film director Burton Holmes, and other celebrities of the period”.

The bachelor was a voracious reader and collector of books amassing over 3,500 in his personal library. He lived his entire life in Beaver and was buried along with his parents and siblings in the Beaver Cemetery. They all lie beneath Craner’s self-designed monument reportedly topped by a so anatomically correct cherub that was removed by “popular demand”. Sadly, and mysteriously the monument notes Craner’s three sisters Mary age 2, Sara, 8 (his twin) and Ella, 12 all died in 1879, perhaps itself a story worthy of investigation.

Craner owned 511 3rd Street, then a ramshackle, dingy downtown Beaver property, renting the commercial space downstairs while living a frugal, hermit-like existence in his dark apartment upstairs for over 50 years. When J.T. Anderson planned to build a new large furniture store next door, he feared Craner’s property was a firetrap and tried unsuccessfully to buy him out. Plan B was building a thick masonry firewall that in fact did work, it saved Craner’s house when Anderson’s new store was totally gutted by fire destroying a major portion of downtown. Awaken from sleep and saved from the fire, Craner nonetheless died eight days later at age 84 of cardiovascular and renal disease.

The final twist to Craner’s story is another talent he discreetly cultivated but became evident upon his death. In his later years the recluse “spent his time in market speculation and with his friends–the books”. Perhaps aided by tips from well-to-do acquaintances, evidenced by his investments in unlisted stock exchanges, he amassed a substantial net worth. Craner bequeathed a $2.6 million endowment (current dollars) cultivating the fine arts at the Carnegie Institute bewildering many Beaverites when they learned of Craner’s wealth.

Acknowledgments and thanks for the generous research support provided by the dedicated staff of the Beaver County Genealogy & History Center and Beaver County Historical Research & Landmarks Foundation.