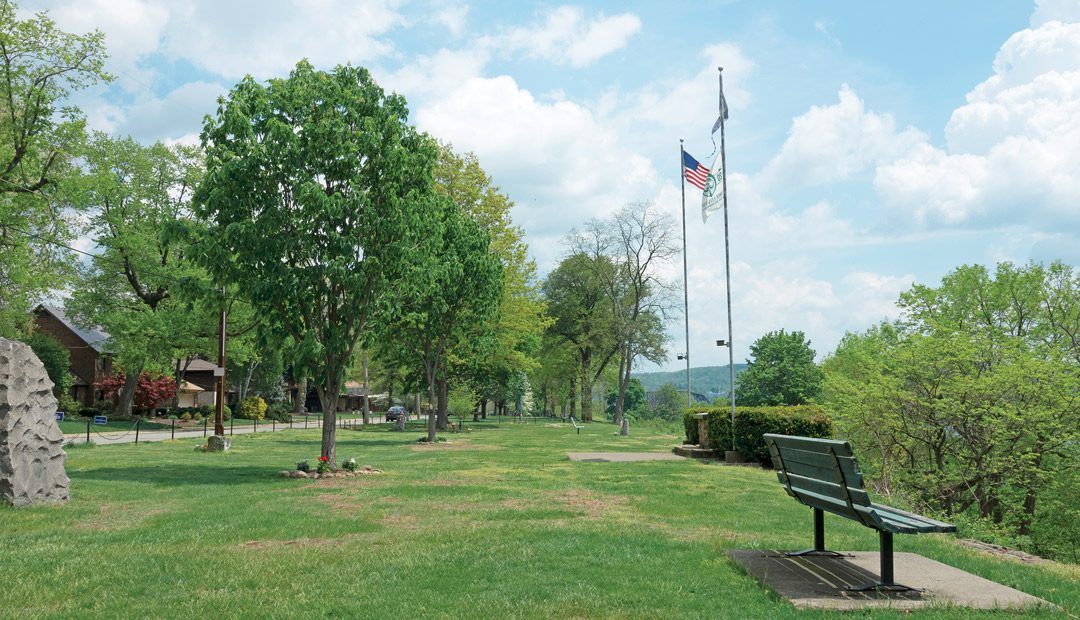 How many of us walk down River Road gazing at the beautiful view of the homes and river? Every season we have a beautiful panoramic view of the colorful foliage, but do you stop and take time to look at the Fort McIntosh monument and the site?

The Beaver Area Heritage Foundation and Beaver Borough have been working in collaboration to keep the fort site a noteworthy stop along your walk. Earning the site a listing on the National Register of Historic Places.

Fort McIntosh was the first fort built by the Continental Army north of the Ohio River. The fort was an integral part of not just the town of Beaver but our nation during the American Revolutionary War. This fort was the site of the Treaty of Fort McIntosh on Jan 21, 1785. This treaty was between the American government and the Native American tribes in the surrounding area. The treaty essentially allowed settlers into the points past the fort and the Ohio country. After the American Revolution, the fort became the home to the First American Regiment, the oldest active unit in the United States Army. Today it is better known as the Presidential Honor Guard.

The fort no longer stands, however beginning in 1974 archaeologists with the assistance of the University of Pittsburgh & Carnegie Museum began excavations to locate the fort’s remains. The restoration site includes the monument as well the stone footers of the walls and fireplaces, which can still be seen. The restoration continues as the Beaver Area Heritage Foundation begins to replace the free-standing plaques that adorn the site. Keep your eye out on your next walk down River Road.

For more information, come see the exhibit on Fort McIntosh at the museum on display Saturdays 10am-4pm and Sundays 1pm-4pm (March – November). If you have questions regarding this spectacular, fun filled educational event please call the Beaver Area Heritage Museum 724-775-7174. As there is not always someone in the Museum to take your call, please leave a message. We will happily return your call as soon as possible.