Octogenarian Sally Foster Inspires Grandkids, Others with a Sense of Community 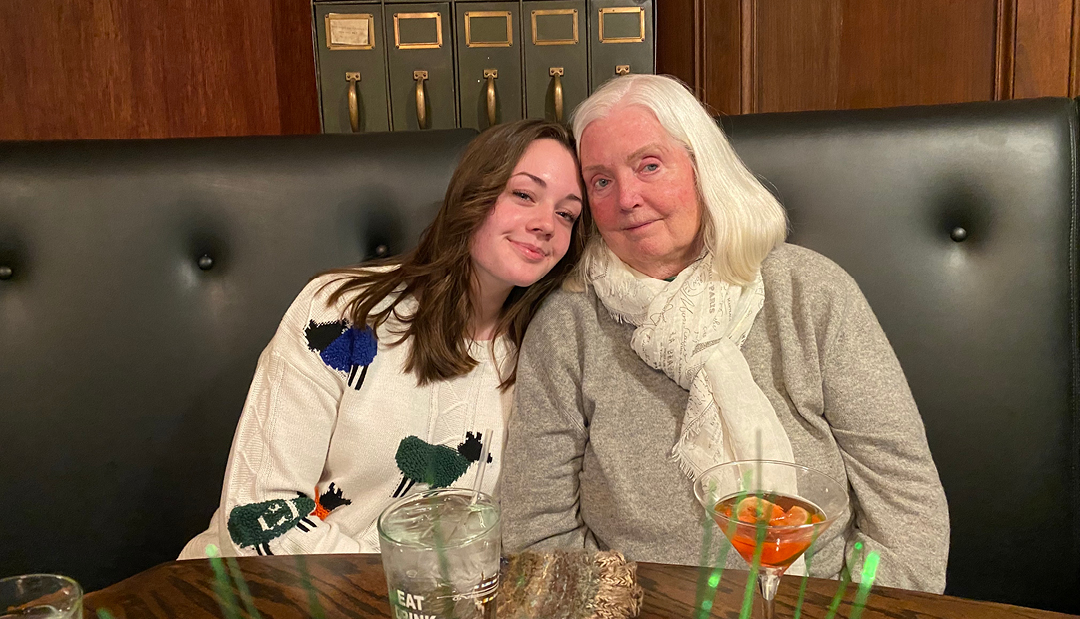 With a fascinating pedigree in the Beaver Area, going back many generations, octogenarian Sarah “Sally” (McCleery) Foster has shaped her own brand of local history and is passing a sense of community on to her offspring.

But, as can happen, she had to come back to Beaver for all of that to occur. Sally was raised in an old family farmhouse along Tuscarawas Road in Brighton Township which contained numerous old pieces of furniture and objects, and attended many auctions with her father. “We lived with antiques,” she says.

Having attended the township’s one-room schools, and graduated from Beaver High School in 1954, she went away to Allegheny College. There, she married Army veteran James “Jim” Foster, of Rutherford, NJ. Jim was employed for decades by Travelers Insurance, and his career took them to Erie and thence to Moon Township. In 1971, after 17 years away, the pair agreed to move to Sally’s beloved hometown, where they settled for good and raised their sons Jeb and Jason.

It didn’t take long for Jim to embrace Beaver. They joined the Beaver Area Heritage Foundation and enjoyed the variety of guest speakers and walking tours. In time, he was elected to borough council and served for 28 years, including a dozen as president. He helped to guide the Beaver Streetscape of the early 2000s which transformed the town’s central business district. He also was a Boy Scouts leader and spent 17 active years with the Canoe Trails program.

When the time came, their son Jason helped with woodwork finishings during transformation of the Pittsburgh and Lake Erie Railroad freight station into the award-winning Beaver Area Heritage Museum. His inherited love for old things led to founding his own shop, Beaver Antique Merchants. Jason’s wife Beth “Buffy” (Todd) Foster currently serves on the Heritage Foundation’s board.

Now with grandchildren Tess and Jack Foster, both Beaver Area students and fifth-generation Beaverites, Sally likes to inspire their interest in the town environment. Her encouragement has ranged from locating sites in Beaver where their grandfather’s name is on public display to independently exploring Third Street dining establishments and working at hot dog stands during events. “They’re not sitting at home with their noses in their iPhones,” she says.

Adds Buffy, the children’s mother, “We made the decision to raise the kids in Beaver very deliberately, and being close to grandparents was important. Sally’s deep roots most definitely come through as Tess and Jack really embrace the full breadth of what living in town has to offer. We joke that they are ‘free range children,’ but they’ve always been mindful–and very much looked out for by the community–when on their adventures. As they grow older and their worlds become bigger, the kids will always have this community to return to as home and hopefully will remember it as the best place to grow up.”

Sally’s local roots run deep. Among those in her ancestral family tree were Judge Joseph Wilson, who built the farmhouse where Sally grew up; John Sharp Swesey, who sold the first ice cream in the county; and funeral home director J.T. Anderson. She had the thrill at age 11 of meeting cowboy singer and movie star Roy Rogers on a memorable day in the mid-1940s when he came to Simmie Holmes’ farm in Brighton Township to buy the prize horse Sunny Gold.

Circa 1978-1979, Sally was approached by Beaver resident and University of Pittsburgh Athletic Director Frank Carver to create a fundraiser for the Fort McIntosh Garrison. What resulted was Garrison Day, with just 17 exhibitors seated at card tables that first year. With help from friend Paula (Hartell) Lester, she recruited more participants and continued growing the event over the span of nine years. She was succeeded by Kate Shade and later Ethel Icenhour and Carrie Ondrusek. Today the annual, well-regarded event draws hundreds of arts and crafts and antiques vendors, a variety of food and refreshments, an art show, and music.

Sally likes to point out that Garrison Day’s growth led to the installation of electrical outlets in the central parks, and inspired a host of other groups to utilize the green space for their events. Until then, she says, “The parks were only used for walking.”

Her other collections over the years have been eclectic. They have included Japanese ivory carvings known as “netsuke,” folk-decorated Depression-era tinware and furniture by artist Peter Ompir, pez dispensers, and “anything to do with Beaver,” she says, especially advertising.

Through the lives of all whom she’s touched, Beaver’s future will richly benefit from the spunky and incomparable Sally Foster for years to come.