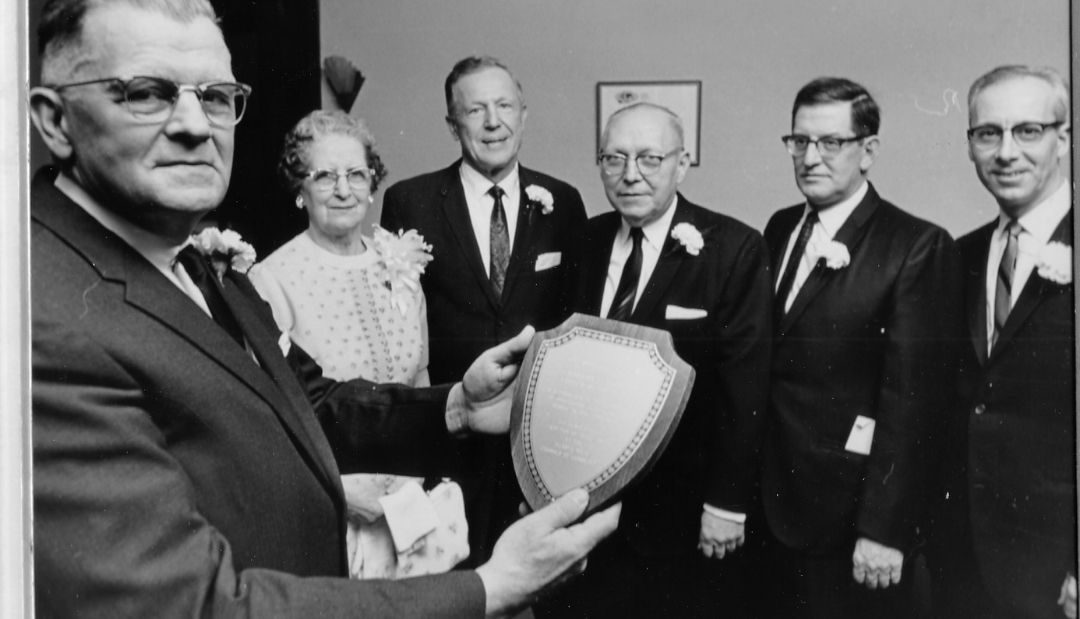 Many Beaver residents remember Bob Stout who had an automobile agency at Fourth and Market and was Beaver Citizen of the year in 1967. He was my father.

From age 12 I worked at Bob Stout’s Garage on Saturdays and during the summers. In my teens I asked my father, “Why are there so many out-of-town customers listed in the Accounts Receivable ledger?” With a smile my daddy responded, “Because they know that they get the best deal at Bob Stout’s.” A few months ago I had a telephone conversation with a high school classmate, my first conversation with him in 75 years. He told me that for years he came from Pittsburgh to buy his Dodges from my father for the reason Bob Stout reported to his daughter why there were so many customers from out of town.

Then at Christmas time 2019 an article in the local paper reported that, during the Great Depression, R. C. Stout supplied food baskets to needy Beaver area residents, distributed at the high school. These two stories of my father prompted this tribute to him. He was so much more than a car salesman.

Memories of my childhood are of numerous calls during the night when my daddy got up, quickly dressed, and set out to help someone whose house was on fire. I recall how exhausted he was during the aftermath of the 1936 flood and later floods. He led a team of Red Cross volunteers in helping Bridgewater residents clean up their homes and restore some order to their lives. He was known as Mr. Red Cross.

In 1967 he was named Beaver’s Citizen of the Year for his dedication to Beaver. That year the Chrysler Corporation was conducting a national campaign labeling its Dodge dealers as “the men with the white hats.” For the dinner honoring the popular dealer Bob Stout the corporation shipped high quality white cowboy hats for the men who attended the Citizen of the Year banquet. After the dinner, I hosted an open house at my home. Personally answering the door to greet each guest, I welcomed Wayne and Bob Beglin, competitors of Chrysler as they were Ford dealers. On that night they came to the door wearing the white hats in honor of their friend Bob Stout.

In Tennessee Bob was born on Valentine’s Day in 1895. On his 80th birthday Bob, seated at his garage desk, welcomed a Beaver postman who brought him a large leather bag used by the mailmen who delivered mail on foot. It was a huge bag, full of birthday cards for Bob Stout. The whole town knew it was his birthday as did his many customers. It was a wonderful gesture to a man who contributed so much of his time in serving others.

One month later, on the front page of the TIMES was his picture with a headline MR. RED CROSS IS DEAD! His full life had ended with a massive stroke. Such a citizen deserves being remembered, as are other volunteers in Beaver history.