The History and Heritage of Saints Peter and Paul School 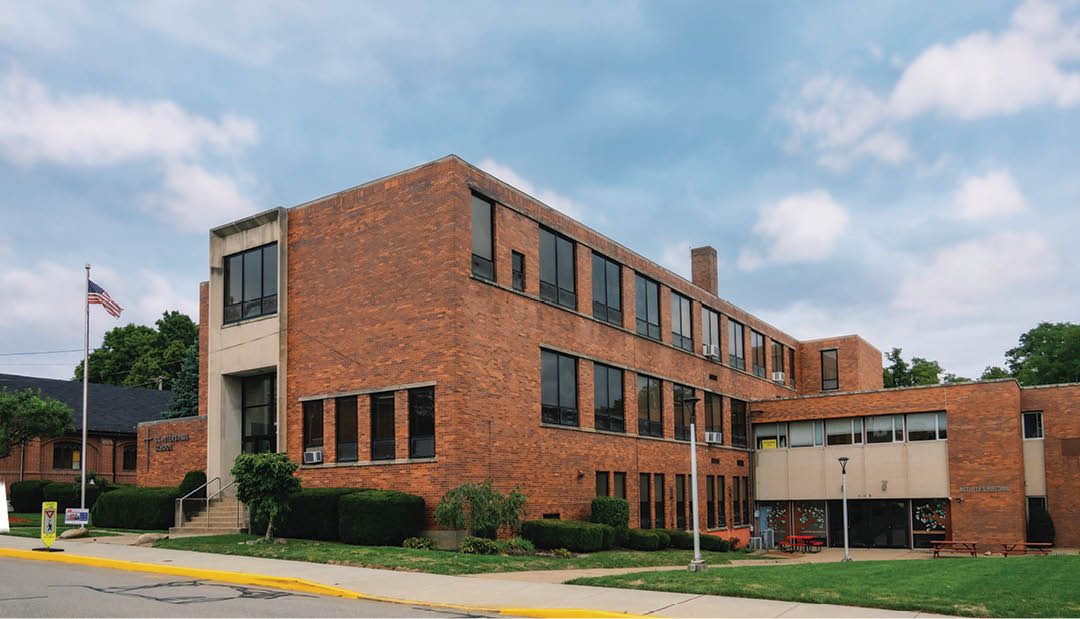 In 1830, Catholic residents of Beaver constructed a building on Fair Ave. for congregational use. The building was then dedicated by Bishop Francis Patrick O’Neil of Philadelphia, and around thirty families began meeting there for mass.

This was the founding of the Saints Peter and Paul (SSPP) Parish.
The SSPP Parish stayed on Fair Ave. until 1898, when a fire took the 1830 building. A new structure was completed on East End Ave. in 1901, but the congregation soon outgrew it.

As Beaver County experienced a growth spurt through the turn of the century, SSPP Parish experienced a sudden rise in attendance. A larger gathering place became necessary, and, at the same time, congregation members were inspired to sponsor an elementary school.

To accomplish both purposes, SSPP directed the construction of a new building on East End Avenue. The structure would permanently house an elementary school and temporarily host parish activities. This arrangement was to continue until a new parish building was available.

Construction began on February 22, 1953 and was completed the next year. On April 4, 1954, Bishop John Dearden of the Diocese of Pittsburgh dedicated the new building.

This was the founding of the SSPP School.

Said founding was, of course, the product of a yearlong construction process. But, more than that, it was the product of generous donations and praiseworthy community efforts. Many who lived in the area offered their time and other resources towards completing the school.

Judy Deelo, a former teacher and principal at SSPP School, was just finishing fourth grade when the work on East End began close by her neighborhood. Recently, we had the chance to hear from Judy, and she shared an example of how people helped with the project.

“After supper,” Judy recalled “our dads would all go down… to the school, and they would pour the concrete for the sidewalks all around the school, the steps, and whatever they took upon themselves to do in order to save money [on labor].”

Judy used to go with her dad, accompanied by family and friends, to watch the activity. It was great to see the building come together and, as a young girl, she felt that it was very exciting whenever the cement truck rolled around the bend.

Actually, that sort of feeling defined the whole project for people of all ages in Beaver.

“[There] was a great deal of excitement in… all of Beaver,” Judy remarked, and once the new school was ready to open, “everyone was so proud and happy.”

Classes began the day after Labor Day, 1954, taught by Sisters of Divine Providence teachers and some teachers of other backgrounds. The school program was initially modest, including just grades one through four, but it would soon expand. With each successive school year, SSPP planned to (and did) add a grade level to its program.

Other additions were also on the school’s horizon. In 1966, SSPP built a playground for its students, and, around the same time, the school received a library.

Yet while 1972 marks the geographical separation of SSPP’s school and parish, the two organizations remain closely connected.

Nora Stay, a former SSPP teacher who currently works at the parish, explained this further during a recent conversation. The parish continues the work it originally felt inspired to do – to sponsor an elementary school. And to that end, SSPP Parish supports its school both financially and in the Catholic faith.